The Five Stars Fujian has been detained by AMSA off Gladstone since 12 August after AMSA surveyors found the vessel did not have sufficient provisions for its intended voyage and the crew had not been paid in several months. The vessel has been at anchor off Gladstone since July when it was arrested by the Federal Court over a commercial matter. 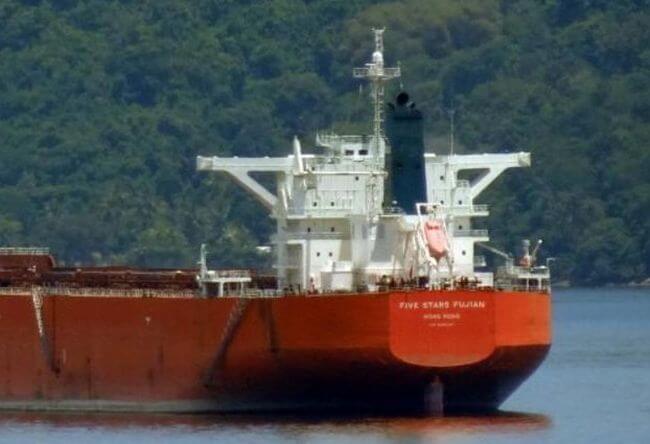 Since the vessel was detained, AMSA has been in regular contact with the owners of the ship, Five Stars Fujian Shipping Co of Hong Kong, to resolve the matters concerning outstandingwages and resupply of the vessel.

AMSA received confirmation this morning that outstanding crew wages have been paid, the vessel resupplied with fuel and that sufficient provisions are on board for the vessel’s safe passage. An AMSA inspector attended the vessel to conduct a final inspection and confirm with the crew readiness to sail. The ship was released from detention at 1300 this afternoon.

Once the detention was lifted AMSA immediately issued the master with a direction notice banning the operators from bringing the vessel to any Australian port for 12 months.

“The crew of the Five Stars Fujian have been forsaken off the Australian coast for over two months, with limited supplies and thousands of dollars of unpaid wages,” Mr Schwartz said.

“This is a completely unacceptable way for a company to treat their crew and this kind of conduct will not be tolerated in Australia.”

“While we are pleased that ultimately the issues of outstanding wages and supplies was able to be resolved by those associated with the ship, the amount of time it has taken has been extraordinary.”

“AMSA hopes that this banning will serve as a warning to other shipping companies that if they wish to do business in Australian waters they must abide by their international obligations and manage their crew in a proper manner.”