More of the world’s international shipping fleet will soon be able to power their engines using 100 per cent sustainable biofuel. Biomass technology group BTG will set up a new high-tech technology company that can convert crude pyrolysis oil into diesel fuel suitable for the shipping sector. It will be the first refinery in the world for an advanced marine biofuel based on pyrolysis oil.

The new facility will be operated by a new company named BTG-neXt. In the first phase, BTG-neXt will focus on building a pilot refinery for converting pyrolysis oil into 100 per cent sustainable marine biodiesel for ships, in order to demonstrate that continuous production is feasible. Pyrolysis oil is made from biomass-based residues such as sawdust and roadside grass cuttings and is a sustainable alternative for replacing fossil fuels. Crucially, the new fuels will not make any concessions in terms of the sustainability of feedstocks.

The new demonstration facility has a planned production capacity of a modest 1,000 tonnes of advanced marine fuel per year, with plans, if deemed successful, to scale up, in order to support the industry in meeting International Maritime Organisation (IMO) targets of a 50 per cent reduction in Greenhouse Gas emissions by 2050, equivalent to an 85 per cent reduction per vessel. 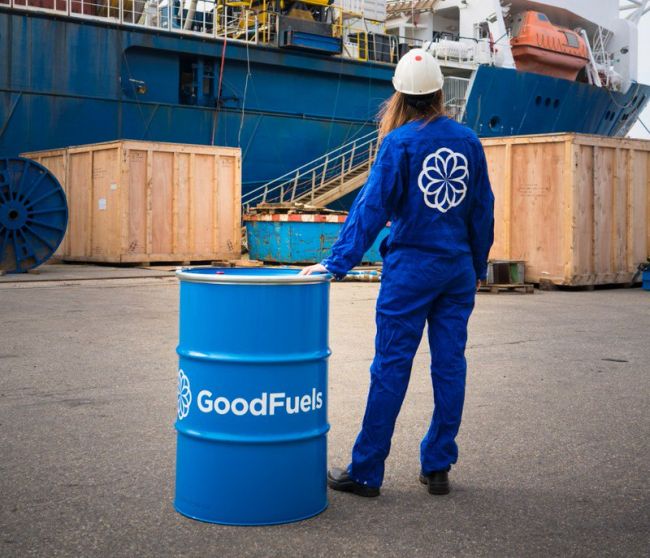 René Venendaal, CEO of BTG, commented: “This initial capacity is sufficient to demonstrate that the technology works and will serve as a basis for further scaling up our operations.”

According to Venendaal, the pilot will require a six-figure investment: “We are now working on a more precise estimate of that figure.” The goal is to use the pre-commercial facility as a reference for rolling out commercial refineries with a capacity of possibly hundreds of thousands of tons per year of an advanced sustainable marine biofuel for ships.

BTG previously adopted a similar strategy for the production of pyrolysis oil in 2008, when it established a new company called BTG-BTL. Under the responsibility of BTG-BTL, the Empyro production facility in Hengelo, the Netherlands, was built, which demonstrated that it was not only technically feasible to produce oil from sawdust but that it was also a commercially viable proposition. In 2019, Empyro was acquired by the waste processing company Twence. In 2019, BTG-BTL received its first orders for almost identical copies of the Empyro plant for delivery to companies in Sweden and Finland, where sawmill waste such as sawdust will be used for producing pyrolysis oil.

The plans drafted by BTG for the next decade have been welcomed with enthusiasm by the shipping market. GoodFuels, a Dutch-based pioneer and market leader in sustainable biofuels for shipping, sees sufficient potential in BTG’s plans to explore the possibility of a collective investment in the demonstration plant.

CEO of GoodFuels, Dirk Kronemijer, added: “Over the last five years, GoodFuels has laid out a clear pathway for the use of biofuels in the shipping sector. Together with partners such as Boskalis Loodswezen, Port of Rotterdam, Norden, Jan de Nul and its portfolio of GoodShipping A-Brand clients we have shown that these fuels will play an essential role in making shipping more sustainable. Crucially, the next step is to scale up the processes without making any concessions in terms of the sustainability of the feedstocks used. BTG’s initiative meets all the success criteria, and we are very proud to work together with BTG to introduce this highly significant innovative technology in the Netherlands.” 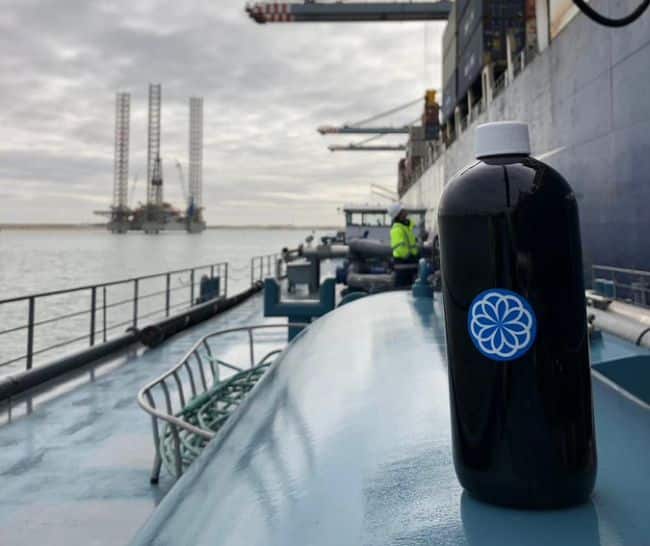 The intended location for the new pilot plant is “as close to home as possible”, explains Venendaal. “As was the case with BTG-BTL and Empyro, we need to have short lines of communication and be able to provide the services needed as efficiently as possible.”

Venendaal added: “At present, most ships, in particular, seagoing vessels, use low-quality fuel oil that is almost tar-like in nature, or marine gas oil, or diesel oil, all containing high levels of carbon. The potential for growth in terms of sustainability – driven by the IMO’s Greenhouse Gas targets for 2030 and 2050 – is therefore extremely high for this sector”.

The low-sulphur diesel fuel for the shipping sector made from pyrolysis oil will also ensure compliance with soon-to-be-introduced global low sulphur fuel regulations.

The ports of Rotterdam and Eemshaven are the locations being considered for the first commercial processing plant.

Kronemeijer said: “Rotterdam would be our preferred location as most of our shipping clients are active here. In addition, Rotterdam offers a great many opportunities for further integration due to the significant existing infrastructure already in place there.”

The technology for producing oil via pyrolysis from plant-based residual waste streams such as wood residues and roadside grass was developed 30 years ago at the University of Twente. It is actually a similar process by which fossil oil is produced in the earth. The main difference is that it takes millions of years for it to happen in the earth’s crust, whereas the pyrolysis technology accomplishes this in only a few seconds.