Britain is to create a ‘secure zone’ at the French port of Calais to protect lorries heading for England from migrants seeking to enter the country illegally, interior minister Theresa May said on Tuesday.

Around 3,000 migrants, fleeing war, political turmoil and poverty are camped in Calais and make daily attempts to board lorries and trains heading towards Britain. The problem has been exacerbated in recent weeks by a French ferry workers’ strike which has blocked traffic around the port.

May said the secure waiting area would hold 230 vehicles, the equivalent of a 2.5 mile (4 km) queue of traffic. 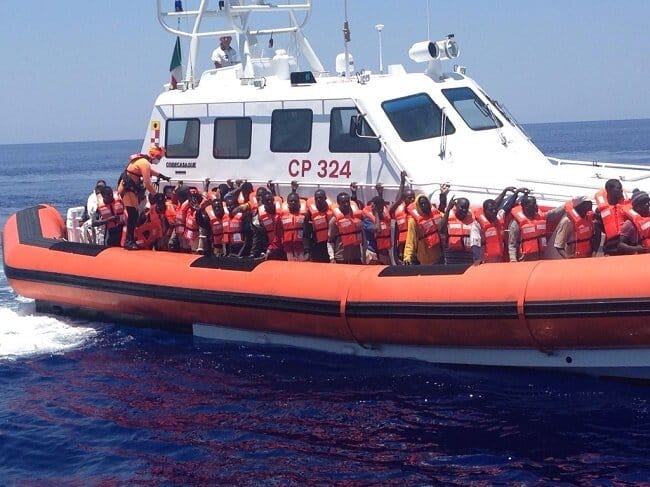 “This should transform protection for lorries and their drivers – removing them from the open road where they can become targets for migrants attempting to board their vehicles,” May said in a statement to parliament.

Further details of how the zone would operate were not immediately available.

May said that over 8,000 attempts by illegal migrants to enter Britain were successfully intercepted by border authorities between 21 June and 11 July.

Photos: Ship Captain Arrested In Cartagena For Illegal Transportation Of Migrants
Rescue Vessels Pulls Out About 450 Migrants From Boat Off Tunisia
Video: More Than 70 Migrants On a Rescue Ship Jump Into Sea in Frustration
ECSA & ETF Call EU To Coordinate For Solidary Solution Of Rescued Migrants On Board Maersk Etienne