Royal Boskalis Westminster N.V. (Boskalis) was last night named winner of the SponsorRing 2016 award in the ‘Society’ category for its sponsorship of The Ocean Cleanup’s North Sea prototype test. A floating barrier designed to capture plastic from the sea is being tested approximately 23 km off the Dutch coast. The purpose of the test is to see how well the floating barrier design is able to cope with extreme weather conditions at sea. The SponsorRing is the annual award for the best sponsorship cases in the Netherlands.

The jury commented: “An extremely brilliant case and an outstanding fit. The preconditions for a future societal impact have been met and the internal sponsorship activation was strong. The case is innovative in that it was fully contributed in kind rather than cash.” 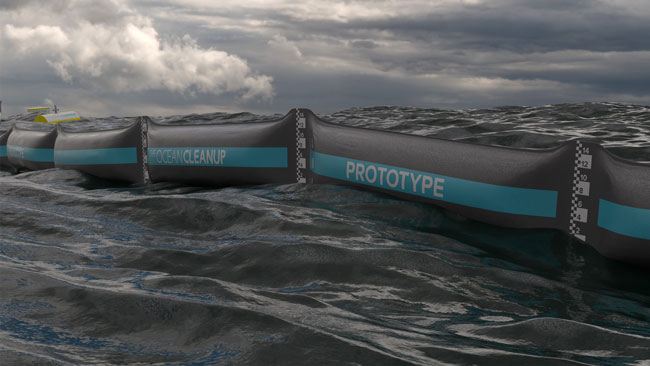 The Ocean Cleanup is a Dutch foundation established by 22-year-old Boyan Slat to rid the oceans of plastic. Boskalis is one of the three main sponsors of the floating barrier’s North Sea test, alongside the Dutch Ministry for Infrastructure and the Environment and an anonymous private sponsor. In addition to facilitating the trial as main sponsor, Boskalis aims to contribute to raising awareness of the issues related to plastic soup.