Prototype sea trial for plastic cleanup barrier to be deployed this week. This week Boskalis will transport and install The Ocean Cleanup’s North Sea prototype, the first ocean cleanup system ever tested at sea, 23 km (12 NM) off the Dutch coast. The goal of the test is to see how the floating barrier design is able to cope in extreme weather at sea during a 12 month period.

The Ocean Cleanup, the Dutch foundation developing advanced technologies to rid the oceans of plastic, today unveiled its North Sea prototype in the presence of the prototype main sponsors Boskalis and the government of The Netherlands. 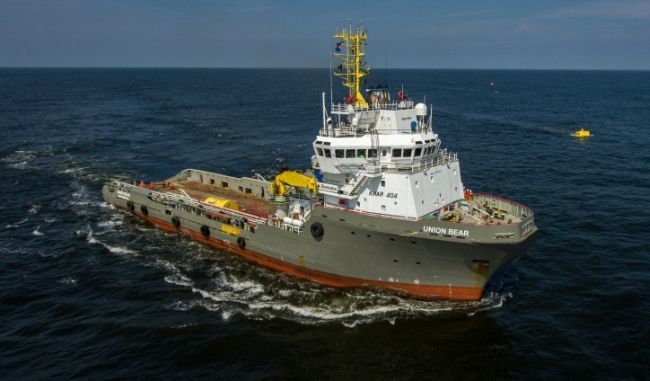 To validate the survivability of the system, a 100 meter-long segment of the floating barrier will be deployed in the North Sea. Sensors will track every motion and load in the barrier, which will provide engineers with the data to design a system that will be able to survive during the cleanup of the Great Pacific Garbage Patch.

Boyan Slat, CEO and founder of The Ocean Cleanup, said: “This is a historic day on the path towards clean oceans. A successful outcome of this test should put us on track to deploy the first operational pilot system in late 2017.”

Peter Berdowski, CEO of Boskalis, said: “It has been inspiring to work with The Ocean Cleanup team to optimize the engineering of the barrier. Now that everything is ready, we are looking forward to the really exciting next step, with the transportation and installation of the barrier. I wish Boyan and his team success with their journey towards a plastics-free ocean.”

Sharon Dijksma, Minister for the Environment, said: “We urgently need this initiative to actually clean up the plastic from the mid-ocean gyres, where the pollution is trapped for an indefinite time, to prevent permanent damage due to degradation and fragmentation into dangerous microplastics.”

Visit vimeo.com/boskalis/theoceancleanup for a video about the first phase of the prototype installation.