Four Boluda Towage and Salvage tugboats were tasked by the Cadiz Pilotage Corporation to participate in the exit manoeuvres of the Spanish Navy training ship the Juan Sebastián de Elcano and its two escort vessels the Infanta Elena and Tofiño. This is the ship’s ninety-first training cruise, setting sail this week from the port of Cádiz bound for Santa Cruz de Tenerife. The VB ROTA, VB JEREZ, VB BOXER, VB CADIZ and VB MAESTRO, all belong to Boluda Corporación Marítima’s towage division. 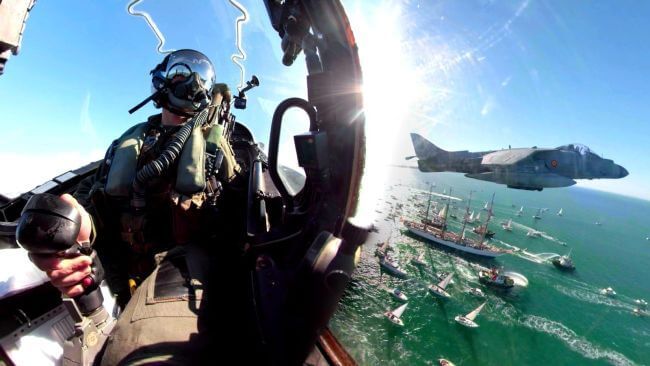 The pilots also organised for the training ship be escorted by the tugboats’ firefighting cannons for a impressive display during the voyage through the channel. The departure was accompanied by a multitude of small boats that traditionally see off the sailboat due to its connection with the port of Cádiz, as well as several Air Force fighters.

The Pilotage Corporation of the port of Cádiz congratulated Boluda Towage and Salvage on the excellent coordination of the four tugboats and the skippers’ skill in manoeuvring while surrounded by smaller vessels.

Hundreds of people gathered in the port of Cadiz to watch this traditional departure display for the Juan Sebastián Elcano, under the command of Captain Ignacio Paz García. On board the ship are 70 midshipmen belonging to the 421st regiment of the Quartermasters’ Corps and 151st of the Marine Corps. The Juan Sebastián Elcano will stop in Tenerife, from there crossing the Atlantic Ocean to San Juan de Puerto Rico. 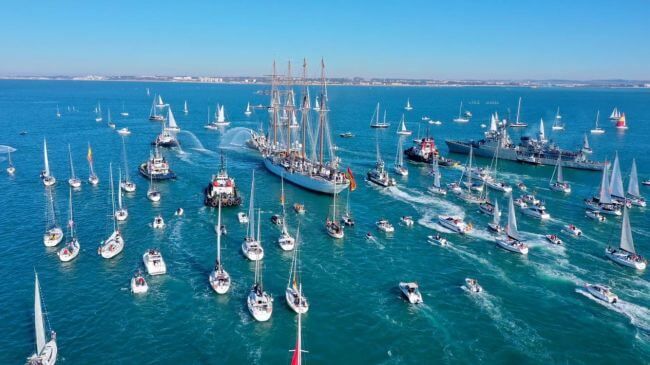 Later the ship is to visit Cartagena de Indias, Veracruz, Pensacola, Havana and Boston, the final city on the American tour. After that, the school ship will return to Europe, sailng to Lisbon from where it will head to the Baltic with a visit to the Polish port of Szczecin followed by Kiel in Germany.

In July the vessel heads for Spain, stopping off first in Getaria (Guipúzcoa), hometown of the sailor for whom the school ship is named, and then on to Getxo (Vizcaya). From there it sails to Marín (Pontevedra) and finally the ninety-first training cruise finishes in Cádiz, arriving back in the city on 22 July.

Royal Caribbean Aims To Reunite 2008 Championship Basketball Team On Harmony Of The Seas
Korean Register Launches New Apps And Online Service For Customers
Canadian Navy Introduces Gender-Neutral Titles; Replaces ‘Seaman’ With ‘Sailor’ Over All Ranks
Want to share your tips and advice? Got questions? Visit the community forum to ask questions, get answers, meet people, and share your tips!