BMT Nigel Gee will be responsible for concept through to production design with BMT Designer & Planners providing local US presence and design engineering support. 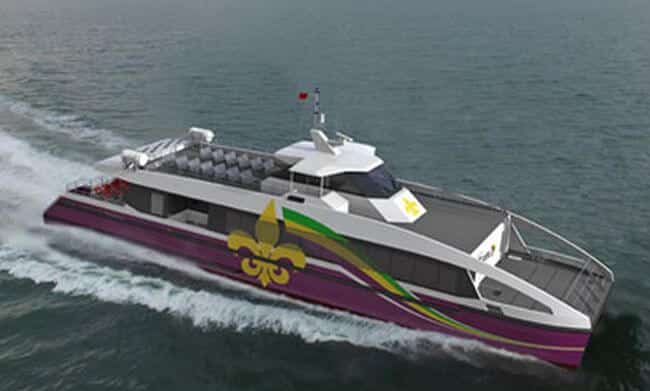 BMT was selected due to its experience and proven designs in the fast low wash ferry sector. John Bonafoux, BMT Nigel Gee’s Managing Director, explains: “The proven eco-friendly design will greatly improve passenger comfort and have extremely low wash to provide minimal environmental impact. The ferries will be run at a service speed of 22.5 knots.

BMT has recently signed a contract for similar vessels to connect Washington D.C., Maryland and Virginia. It’s fantastic to see this design being built, which could work well on many other city routes in the United States.”

Currently, RTA operates two ferries which were built in 1937 and 1977 to transport passengers in the New Orleans area across the Mississippi River between Algiers Point and Canal Street, and Lower Algiers and Chalmette.

Deliveries for both vessels are scheduled for 2018