“Everything went as planned due to the outstanding teamwork between us, our client and our partners. The challenge with such operation in the Yangtze river is that the daily loading window is very narrow. During the winter period, there is only approx. 90 minutes of slack tide (less current), before the current increases and it becomes unsafe to complete a float on operation”, says Lars Skov Christensen, Project Manager at Blue Water Singapore.

Blue Water’s scope included the complete project management, chartering of a suitable semi-submersible vessel, engineering for sea-fastening and cribbing, chartering of several tugs for the float on operation and obtaining all permits from local authorities in China. 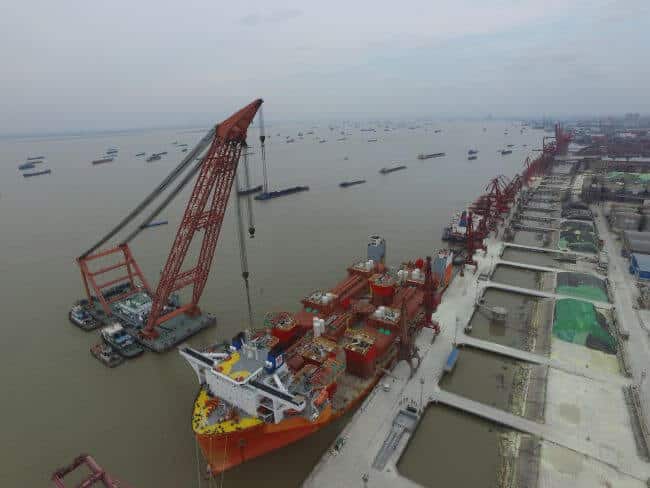 The largest pontoons measured 108 x 16 x 25 meters and weighed 4500 mt each. The lift on operations of the six columns were completed by floating crane. 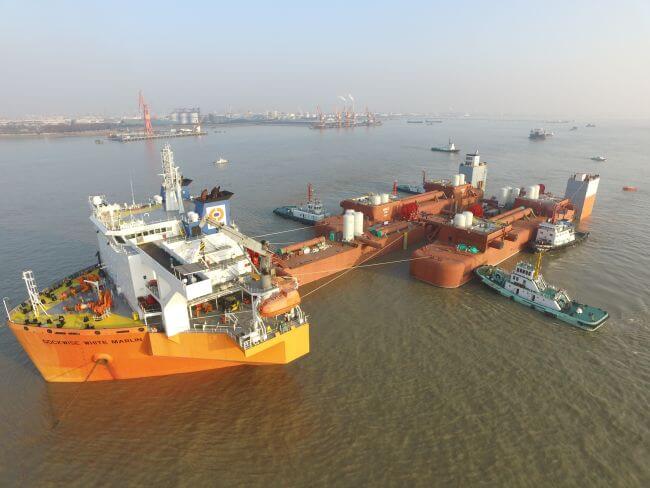 The dimensions of the columns are 15 x 15 x 20 metres and they each weighed 500 mt. The items will in the future form the lower hull of a semi-submersible drilling rig.

Port Of Seattle Kicks Off Its Biggest Cruise Season Ever In 2017
Want to share your tips and advice? Got questions? Visit the community forum to ask questions, get answers, meet people, and share your tips!