In the future, autonomous ships may have a central role to play in Blue Denmark. A pre-analysis made by the Danish Technological University (DTU) and the Danish Maritime Authority points to the need to develop technological solutions.

These years, the entire transport sector is vigorously striving to develop autonomous solutions. Especially as regards cars and trucks, developments have come far, but also the shipping industry will be seeing more new autonomous technology solutions, just as the drone technology will become more widespread. Therefore, the Danish Maritime Authority has – in cooperation with the DTU – considered the development potential of autonomous ships in more detail. 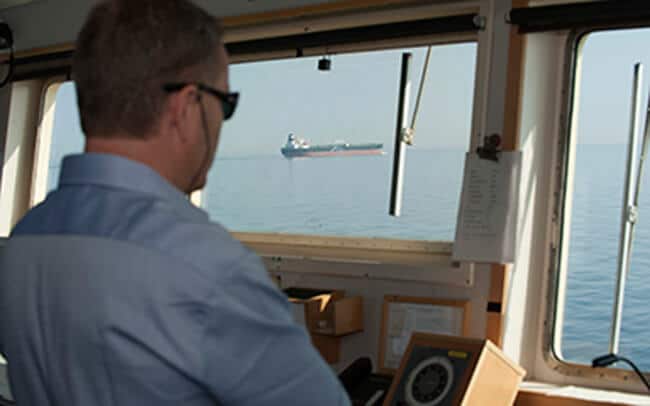 Minister for Industry, Business and Financial Affairs Brian Mikkelsen:
”Blue Denmark must – just as the rest of the Danish business sector – be frontrunners within technological developments. Autonomous maritime solutions will increase productivity, make logistics easier, and enhance safety. Now, we must ensure that the framework conditions are in place so that no technical or regulatory barriers obstruct the development. The work of the Danish Maritime Authority and the DTU is important in this connection because it gives us a clear idea of the direction of developments.”

In cooperation with the DTU, the Danish Maritime Authority has developed a pre-analysis that is intended as an inspiration for possible projects that may support the development of autonomous ships.

The next step is continued cooperation between the DTU and the Danish Maritime Authority on an electronic lookout project. Sensor technology opens up for new possibilities as regards ships’ design, arrangement and mode of operation and, consequently, the project will, inter alia, concern testing, safety, the handling of defects, etc.

Minister for Industry, Business and Financial Affairs Brian Mikkelsen:
“I have asked the Danish Maritime Authority to continue its dialogue with the industry and the users to clarify whether there are projects that could be launched in the near future in order to strengthen our knowledge in the area and help put Denmark on the nautical charts in terms of autonomous technology.”

The pre-analysis focuses primarily on rather small types of ships engaged in near-coastal voyages, such as small island ferries, tugboats, barges, supply and service vessels for drilling platforms and wind farms as well as autonomous surface vessels for servicing underwater and drone units for offshore inspections.

In addition, the analysis points to several areas in which development projects and pilot projects are to be made to help get a safe platform for autonomous vessels at sea.