As biofouling is attracting an increasing amount of attention from states, shipowners, and port authorities around the world, BIMCO is continually working on biofouling management and ways to improve access to in-water cleaning.

Biofouling is an important vector for transfer of invasive aquatic species (IAS), and fouling on a ship’s hull increases the ship’s drag in the water. 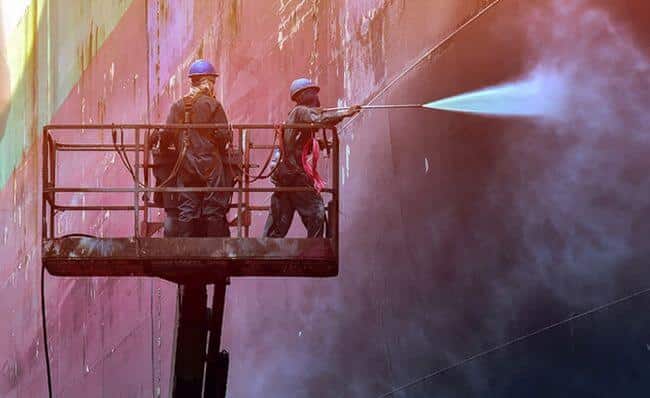 Starting in March 2020, the IMO is planning to review the existing 2011 Guidelines for the control and management of ships’ biofouling to minimize the transfer of invasive aquatic species (IMO biofouling guidelines). The biofouling survey from BIMCO contributes to this important task.

“The result of the survey has been submitted to show the IMO that shipowners are taking biofouling management seriously. It is very positive that 87% of the respondents are using the IMO biofouling guidelines,” says Aron Sørensen, Head of Marine Technology & Regulation at BIMCO.

Ports and authorities see ships as vectors for bringing IAS into their local waters. Some countries have developed their biofouling requirements for ships visiting their ports, while a few others are restricting or prohibiting in-water cleaning of ships in their waters.

“Another important conclusion is that ships are dependent on access to safe and environmentally sustainable cleaning facilities on a global basis,” Sørensen says.

The work of BIMCO and a group of industry partners to create an internationally recognised standard on in-water hull and propeller cleaning is progressing in accordance with the plan. The standard is being drafted and is expected to be published in the beginning of 2020.