Happy Star BigLift´s cargo ship has transported the last ten Transition pieces for BeBu offshore wind farm from the port of Aviles in Asturias (Spain) to the Cuxhaven port. 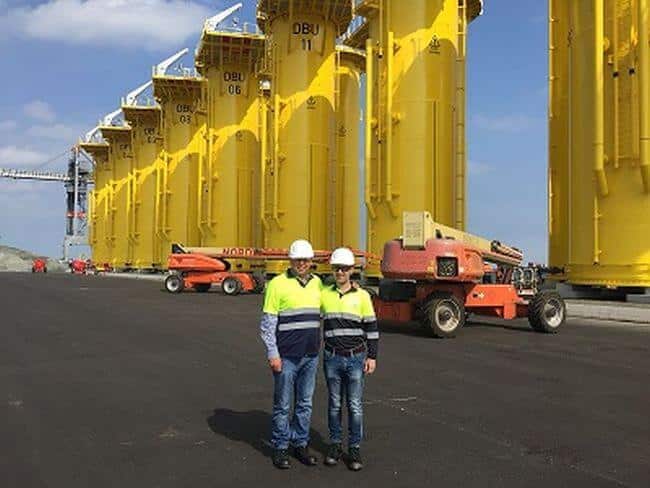 Transition pieces for this Project have been fabricated in yards in Spain by the joint venture formed by Grupo Daniel Alonso companies, Windar renovables and Idesa.

This is the second consecutive project that the joint venture has made, after the Merkur OWF project also for Germany, adding in 2018 a total of 66 transition pieces, and demonstrating the capacity of the port of Aviles for these fabrications.