In cooperation with shipowner Bernhard Schulte, Ulstein Design & Solutions has designed a diesel-electric propulsion system assisted by batteries to reduce operating hours on the main engines, save fuel and reduce environmental footprint. The hybrid system will be introduced on yard number 315 at Ulstein Verft.

Ulstein Design & Solutions AS is responsible for the system architecture of the power package and energy management system, while Ulstein Blue CTRL delivers ULSTEIN IAS™, the integrated automation system. 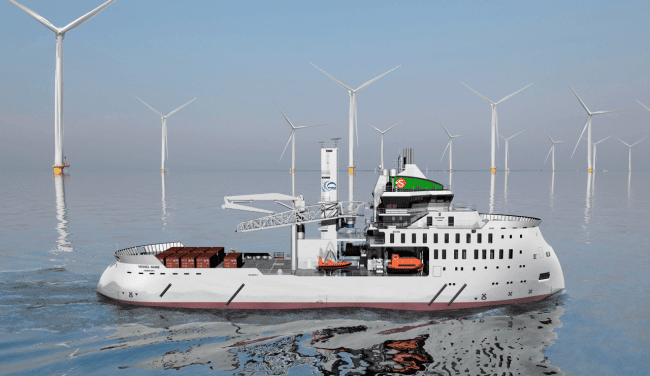 In addition, the battery system will function as a backup. This means that DP operations can be carried out with only one generator set in operation. This is fuel efficient and saves maintenance and operating hours.

The requirement for DP operations is a functionable ship even if the systems in half of the vessel fail.

Using batteries as backup will reduce the operating hours of the main engines as only one engine is in operation and not two. The on-board control systems will ensure that the power produced by the generator sets will match the power requirements, as well as ensuring that the energy stored in the batteries will be sufficient for the ship’s operations.