China reacted frostily on Friday after Taiwan ally Panama said it had invited leaders from both China and self-ruled Taiwan to attend the inauguration of the expansion of the Panama Canal in late June, in what would be an awkward diplomatic encounter.

Panama is one of just 22 allies which maintain formal diplomatic ties with Taiwan. China claims Taiwan as a wayward province and says it has no right to have diplomatic relations with anyone.

Both China and Taiwan were invited because “this is the inauguration of the expanded canal. China, as an important user, needs to attend”, Panama’s foreign ministry said.

The strategic waterway is one of the world’s busiest maritime routes and China is its second-biggest user.

Asked whether Chinese President Xi Jinping would be going and if he might meet Taiwan’s president-elect Tsai Ing-wen, who assumes office in May after a landslide election victory in January, Chinese Foreign Ministry spokesman Hong Lei would not answer directly. 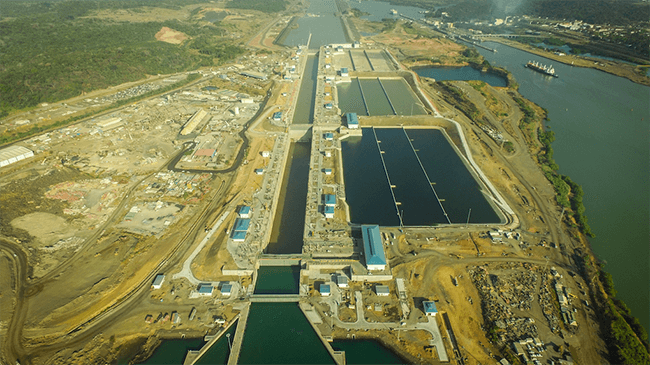 “What I want to point out is that China has always had the one China principle as a fundamental precondition for handling and developing relations with countries around the world,” Hong told a daily news briefing, without elaborating.

Beijing has repeatedly warned against any moves towards independence after wins by Tsai and her pro-independence Democratic Progressive Party (DPP) in presidential and parliamentary elections.

Tsai has said she would maintain peace with China, and Chinese state-run media have also noted her pledges to maintain the “status quo” with China.

He said Tsai told Martiz that despite the canal ceremony taking place only a month after her May 20 inauguration, she would give it “priority consideration”.

The invitation comes as an unofficial diplomatic truce between the two sides ended earlier this month when China resumed ties with Taiwan’s former African ally Gambia.

The truce had existed since the China-friendly Ma Ying-jeou became Taiwan president in 2008, ushering in a series of landmark trade and business deals.

Panama is one of Taiwan’s oldest diplomatic allies, but diplomats in Beijing have told Reuters they believe Panama is the most likely Central American nation to next ditch Taiwan.

Costa Rica recognized Beijing in 2007, and a U.S. State Department cable released by Wikileaks indicates that Panama sought to recognize Beijing in 2009, but was rebuffed.