BC Ferries has won the Shippax Retrofit Award for completing the conversion of a large passenger ferry from diesel to liquefied natural gas (LNG). The award, received last month at the Shippax Ferry Conference, recognizes the innovative work performed on the Spirit of British Columbia, which is among the largest passenger ferries ever to be converted to natural gas propulsion. It is also the first passenger ferry in the world to refuel LNG via delivery on a fully-enclosed vehicle deck. 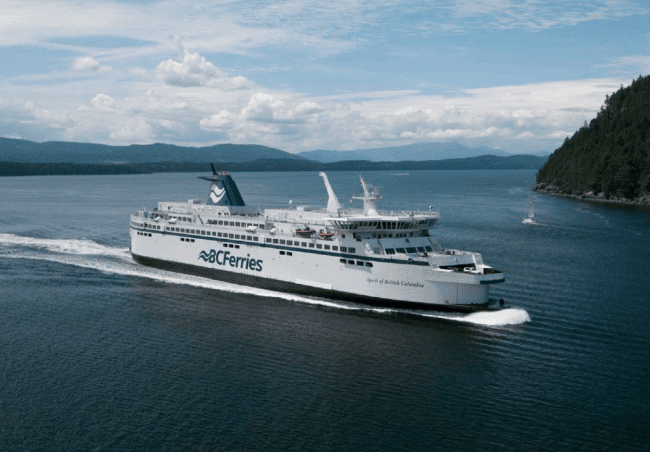 “We are honoured to receive this award and to be recognized by our peers for our innovation and commitment to adopting clean technology that reduces BC Ferries’ environmental footprint,” said Mark Collins, BC Ferries’ President & CEO.

The Spirit of British Columbia was the first of the two Spirit Class vessels to switch to greener technology. The conversion to natural gas required replacement of four main engines with new dual-fuel engines, installation of a large LNG tank beneath the main deck, and development of an innovative fuel bunkering system.

“By using natural gas to fuel the two Spirit Class vessels, BC Ferries expects to reduce CO2 emissions by 12,500 tonnes annually, which is the equivalent of taking approximately 2,500 vehicles off the road every year,” Collins adds. 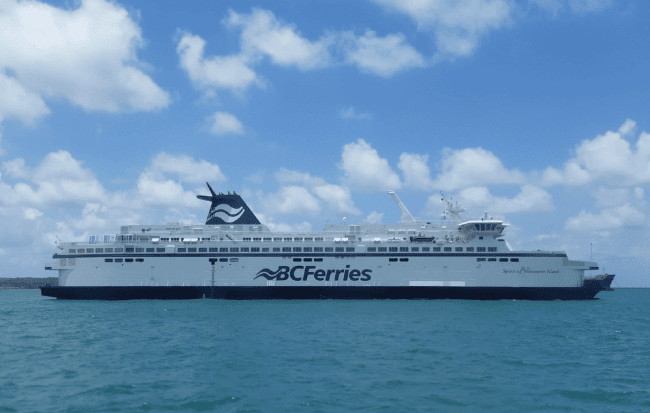 BC Ferries is an industry leader when it comes to adopting new technology that lowers emissions. The Salish Class vessels, introduced in 2017, were the first passenger vessels in the world to refuel LNG on an open vehicle deck using proprietary tanker truck technology. BC Ferries and its partners developed both of these innovative solutions.

The Spirit of British Columbia’s conversion to LNG took place during its scheduled mid-life upgrade between the fall of 2017 and early 2018, at Remontowa Shiprepair Yard in Poland. The ferry’s sister ship, the Spirit of Vancouver Island, completed its upgrades and natural gas conversion a few weeks ago, and will re-enter service between Victoria (Swartz Bay) and Vancouver (Tsawwassen) this spring.