On 19th February BC Ferries held a naming ceremony for the first of its two Island Class Ferries at Victoria’s Point Hope Maritime. At the event, the names of the vessels – Island Discovery and Island Aurora – were revealed for the first time.

In a press release marking the occasion, BC Ferries stated, “The names celebrate the beauty of the journey and the important connections to the coastal communities the ferries will soon serve.” 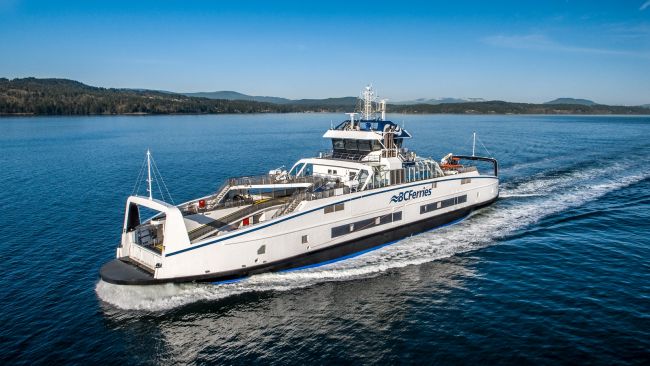 Speaking at the naming ceremony, Damen’s Chief Commercial Officer Jan-Wim Dekker said, “We enjoy an excellent partnership with BC Ferries – one that cements the long-standing relationship that exists between the Netherlands and Canada. Working closely together, we have developed state-of-the-art vessels to provide an outstanding passenger experience.” 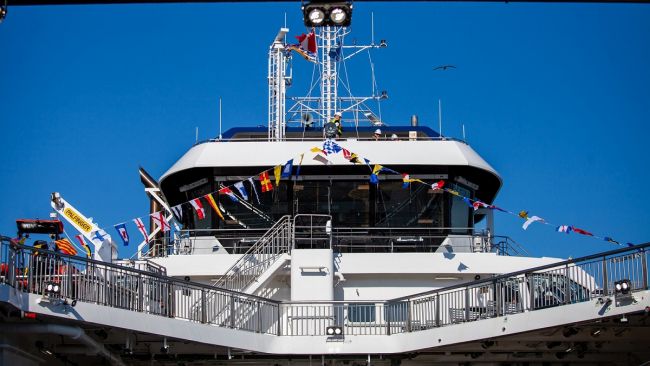 The vessels sponsors were selected from the BC Ferries family and the local communities. The sponsors of the Island Discovery were Sandy Leduc and Sandy McCormick, while the Island Aurora was sponsored by Melissa Fletcher and Sheila O’Neill.

Damen signed the contract for the two vessels in 2017, following an extensive, multi-phased international tender process. The vessels are designed to carry 47 vehicles and up to 450 passengers and crew. The Island Class are battery equipped for full electric operation in the future. In the meantime, the ferries are equipped with hybrid equipment. Damen has paid close attention, in the design of the vessels, to reducing both emissions and underwater radiated noise. 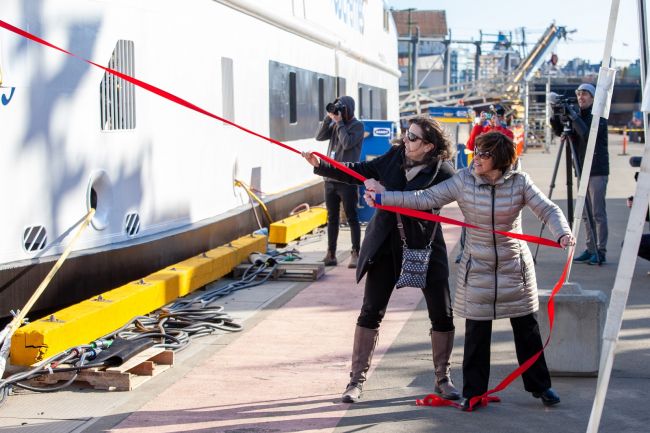 Island Discovery and Island Aurora are part of BC Ferries fleet renewal programme and will replace the 59-year old North Island Princess and 53-year old Quadra Queen II. In November, Damen announced that it had secured a repeat order from BC Ferries for four additional Island Class Ferries.