The first steel cut on BC Ferries’ second of three new intermediate class ferries (ICF) took place at Remontowa Shipbuilding S.A. in Gdansk, Poland on Friday. The steel cut is another significant milestone in the construction of three new dual-fuel ferries, capable of running on liquefied natural gas (LNG) or diesel.

These brand new vessels will replace aging ships in the fleet and are part of BC Ferries’ vessel replacement plan for standardized ships to allow for greater interoperability. Standardization will provide the company with more flexibility to best utilize ships over their 40-year lifespan. This strategy will save on training and operating costs, and will better match capacity with demand throughout the system. 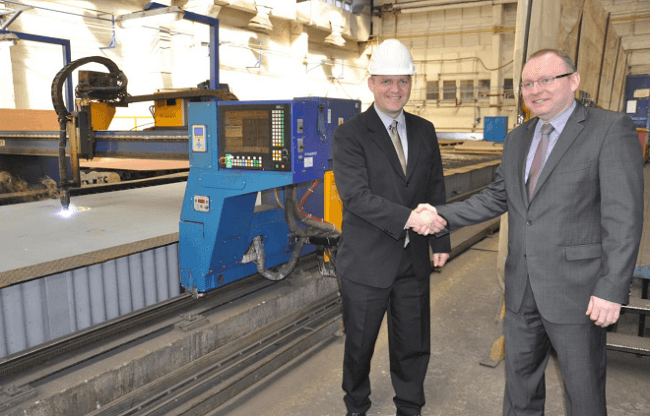 “These new ferries will not only reduce our impact on the environment, but will also bring us one step closer to standardizing our fleet for better interoperability on all of our routes,” said Mike Corrigan, BC Ferries’ President & CEO. “Having these new ferries that are the right size for their routes will create greater efficiencies and in turn, save costs. We look forward to welcoming the new vessels into our fleet.” 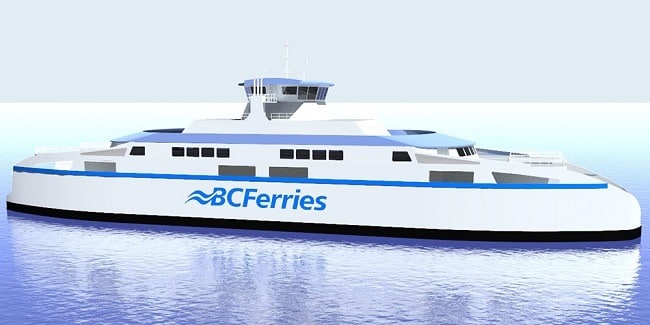