You are here: Home › Shipping News › Automation Being Considered At Ports Of Auckland, 50 Jobs Could Be Lost
TwitterFacebookLinkedInPinterestBuffer

Tony Gibson, CEO of Ports of Auckland, on 7th August, announced the start of consultation with staff on a proposal to automate part of the container terminal.

Mr Gibson said: “Auckland freight growth is relentless. To handle it we’ve pushed our performance to world class levels but we’re reaching the limit of what we can do with our current technology. We need more room. We can’t go out so we need to go up, and for that automation looks the best bet.”

The proposal would involve the use of 15m tall automated straddle carriers (3m higher than our existing machines) which would carry out the less complex tasks in the container yard. The more complex operations under the crane would continue to be performed by manual straddles. 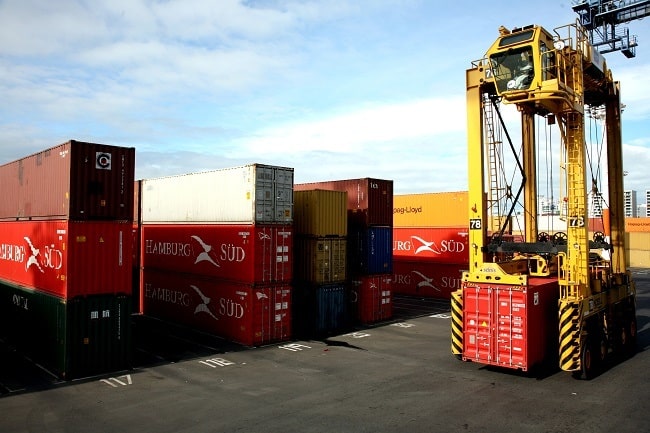 “Automation has the potential to deliver capacity, cost and environmental benefits,” said Mr Gibson, “but it would have an impact on jobs. Up to 50 jobs could be lost, although we would work hard to reduce this number. Staff turnover, growth in the business and some changes to the way we work would help us keep this number as low as possible. My priority is to ensure our people are looked after and helped through any change that may occur,” he said.

Preliminary work carried out by Ports of Auckland has shown that the idea has merit. Unions were previously advised that automation was being investigated and staff are now being consulted. Consultation will take around six weeks. A scoping study to produce a detailed proposal for partial automation will be carried out and will take about three months. The results of consultation and the scoping study will be taken into account when making a decision on whether or not to proceed further with automation.

Subject to gathering all the information we need during the scoping study, a decision will be made in early 2016, following a second round of consultation.