The Indonesian Government is coming under pressure to intervene in a major industrial dispute developing with port operator ICTSI after Australian unions protested and delivered a joint letter to the Indonesian Minister for National Development Planning Bambang Brodjonegoro in Canberra today.

ITF President and MUA National Secretary Paddy Crumlin said ICTSI was a rogue employer that was ripping off workers around the world. 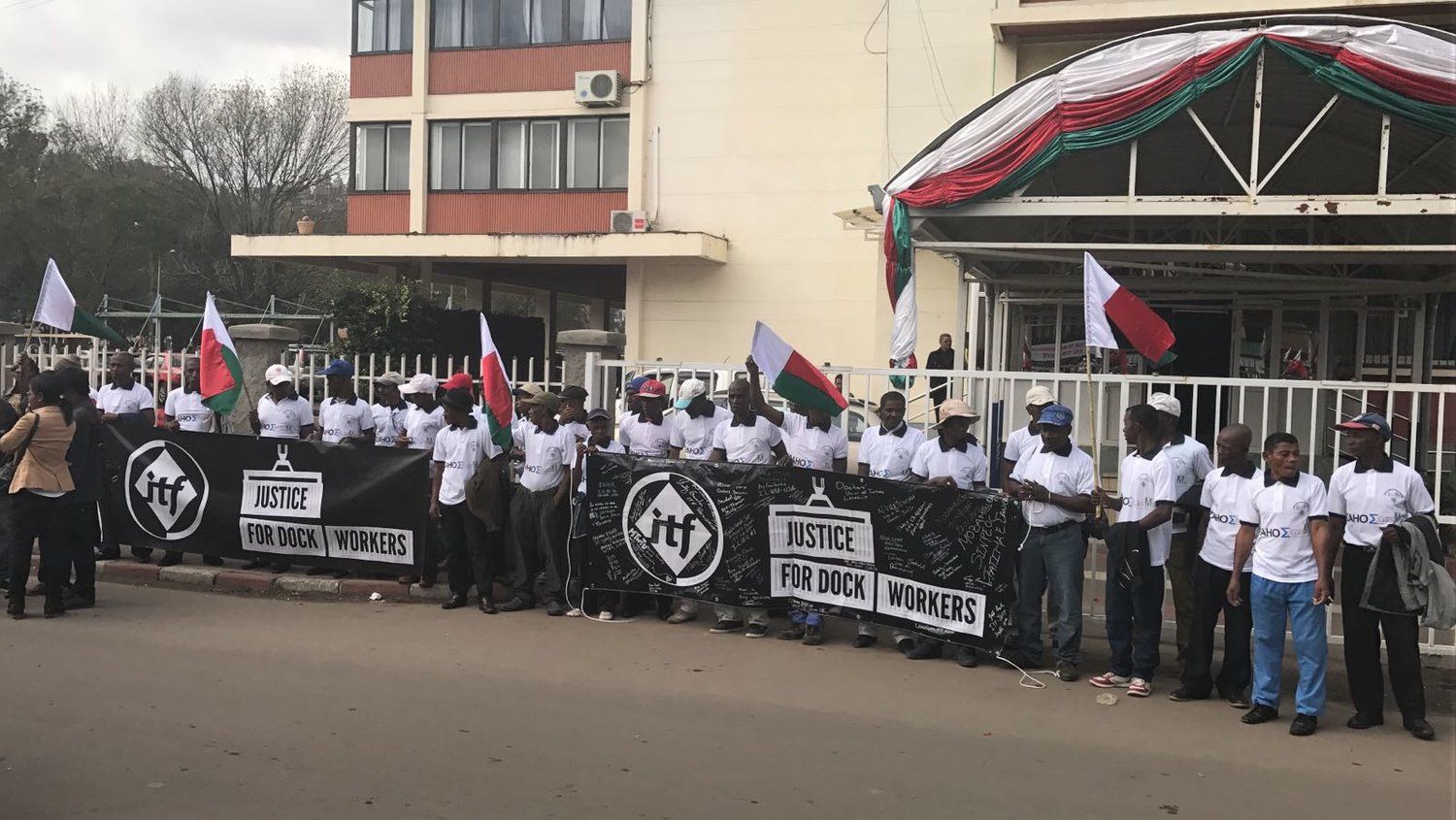 “These Indonesian workers are being sacked and outsourced so ICTSI can try to cut back on their already low wages of US$250 per month. These workers already earn just 15% of the wages of workers in the adjacent ports operated jointly by Hutchison and the Indonesian Government.

“Our message to the Indonesian Minister today is to be wary of your dealings with ICTSI and instead work with FBTPI to ensure justice for these dockworkers,” Mr Crumlin said.

FBTPI Secretary Didik Noryanto said ICSTI was trying to exploit workers and get away with the cheapest wages in Jakarta.

“Workers at the ICTSI port are looking to the Indonesian Government to show leadership and step in to defend these workers’ basic human rights because ICTSI is waging an aggressive campaign to drive down their wages and conditions.

“We hope these actions in Australia will demonstrate to the Indonesian Government that this issue needs their urgent intervention. Indonesian port workers thank Australian unions for their support and warn ICTSI that it is time to fix this dispute before it gets worse,” Didik said.

ICTSI is aggressively undercutting industry standards at the Port of Tanjung Priok, Jakarta, by undermining the working conditions of Indonesian port workers.

ICTSI’s OJA terminal in Jakarta sits alongside the two established international container terminals, KOJA and JICT. ITF analysis shows that ICTSI workers are paid as little as 15% of the equivalent wages for workers at the other major container terminals.

Despite being instructed by the Indonesian Government in May to cease outsourcing, the company continues to do so with impunity. This is a worrying indication that ICTSI does not respect local law – a practice used in other ICTSI ports such as Madagascar.

ICTSI has also been found to have illegally avoided paying a group of workers their overtime entitlements from 2011 onwards in Jakarta. This dispute remains unsettled and is further indication of ICTSI’s policy of ignoring local laws and local government authorities.

ITF is the international union federation representing around 700 transport unions, and more than 4.5 million transport workers from 150 countries.

Maersk’s Safmarine Meru Safely Berthed In Port Of Ningbo, Vessel Fire Extinguished
Want to share your tips and advice? Got questions? Visit the community forum to ask questions, get answers, meet people, and share your tips!