BMT has announced that the Australian Transport Safety Bureau, Australia’s national transport safety investigator, has purchased a licence for its industry-leading navigation and manoeuvring simulator, REMBRANDT. This follows on from other recent adopters including the UK’s Marine Accident Investigation Branch and the Dutch Safety Board. 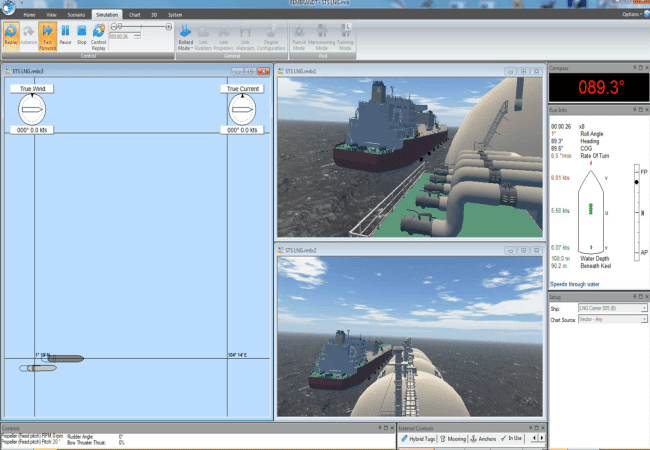 Phil Thompson, Managing Director at BMT comments: “We are seeing growing momentum and awareness within statutory bodies worldwide in the value of digital evidence generation. Key capabilities of REMBRANDT include its ability to automatically read VDR and AIS to deliver a high-fidelity reconstruction. More recent developments include the ability to take full control at any time within the reconstruction replay to explore a range of alternative “what if” scenarios – a key enabler for forensic analysis and reflective learning.”

REMBRANDT is a scalable, skilled system which can be used via a desktop, laptop or as a full mission-based simulator and comprises a database of hundreds of validated ship models that underpins the validity of one or more ships in a seaway. REMBRANDT continues to be widely used in many markets well beyond shipping, including high value, high-risk sectors such as floating oil and gas infrastructure.