Australia and Japan signed a memorandum at the headquarters of the Australian Maritime Safety Authority (AMSA) in Canberra today which will allow liquid hydrogen to be shipped in bulk for the first time.

Ship containment systems are being developed in Japan that will be capable of safely transporting liquid hydrogen in bulk from Australia to Japan as part of a pilot project scheduled to commence in 2020. 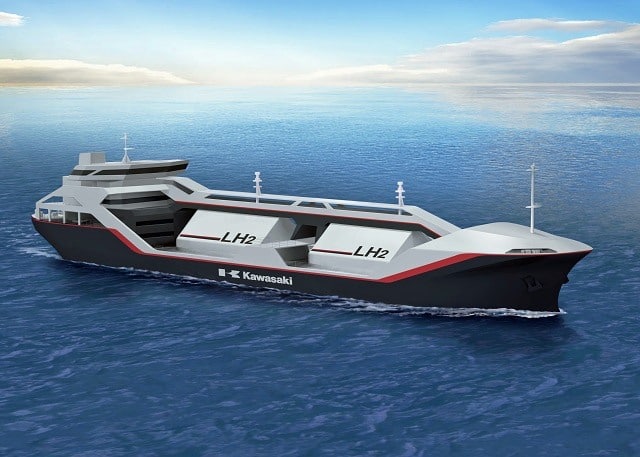 Bulk gas cargoes are carried under the International Code for the Construction and Equipment of Ships Carrying Liquefied Gases in Bulk (IGC Code) which is a mandatory code under the Safety of Life at Sea (SOLAS) convention.

The IGC code does not currently allow for the transportation of liquid hydrogen.

Cargoes not covered by the code can be carried if there is an agreement between relevant nations – the flag State of the ship, port of loading and port of unloading – and changes are developed to the code and taken to the International Maritime Organization (IMO) for approval.

Australia worked with Japan to develop interim carriage requirements for the transportation of liquid hydrogen in bulk from Australia to Japan.

These were agreed to at the IMO Maritime Safety Committee in November 2016.

The interim carriage requirements specify the construction standards of containment vessels for liquid hydrogen carriers, and mitigate the safety risks associated with transporting the liquid hydrogen via sea.

The interim carriage requirements are a critical milestone in the Hydrogen Energy Supply Chain Project and will allow the pilot project to proceed in 2020.

The memorandum signing today was a key element in this process, and an important step forward for Kawasaki Heavy Industries (KHI), which is building the pilot project’s liquid hydrogen carrier.

The pilot project between Australia and Japan will inform future amendments to the IGC Code which will allow liquid hydrogen to be carried in bulk under the code without any special agreements.