In February 2016, Fiji suffered the devastating effects of Tropical Cyclone Winston. The cyclone caused significant damage to the infrastructure of Fiji, including to a number of maritime aids to navigation and lighthouse sites. 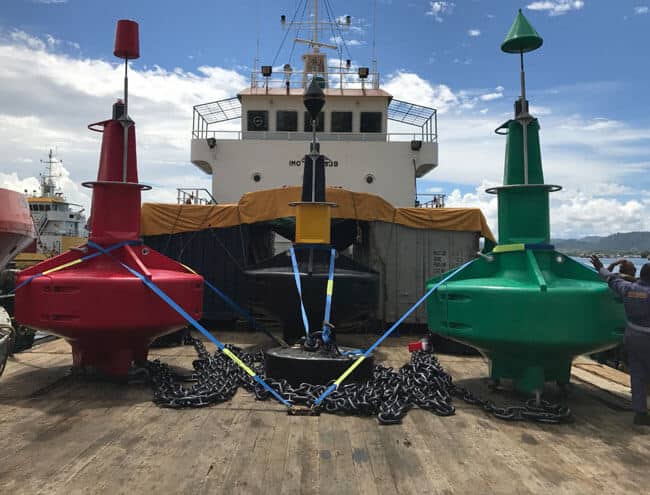 Two new low-maintenance polyethylene buoys with self-contained LED lights were installed a fortnight ago, in the waters of Levuka Passage. A third buoy will be installed, following a detailed bathymetric survey by the Fiji Hydrographic Service to identify a suitable location.

In December 2016, AMSA also carried out engineering assessments at eight lighthouse sites, some of which are of historical significance. AMSA is now working closely with MSAF to prepare detailed condition reports for each site to progress planning for their future repair.

The new buoys and engineering assessments will significantly contribute to the safety of those travelling by sea and to protecting Fiji’s pristine marine environment.

Australia is very pleased to have been able to assist the government of Fiji to restore this part of its aids to navigation network.

This project forms part of the Australian Government’s broader assistance to Fiji following Cyclone Winston, with funds provided by the Department of Foreign Affairs and Trade.