Ship sponsor Mrs Janet Napolitano, former Governor of Arizona and current President of the University of California, joined distinguished guests from the US Navy, State and Local Government, Austal USA management and employees for the christening ceremony, held beneath the hull of the ship in the final assembly bay. 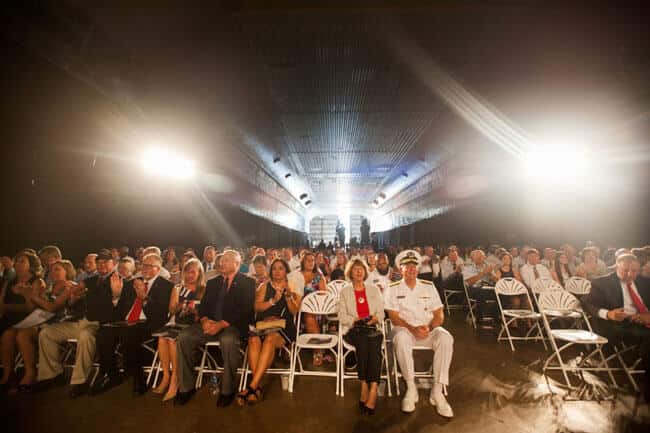 USNS Yuma is the eighth of 10 Expeditionary Fast Transport vessels (EPF) that Austal USA is delivering under a contract with the U.S. Navy valued in excess of US$1.6 billion. 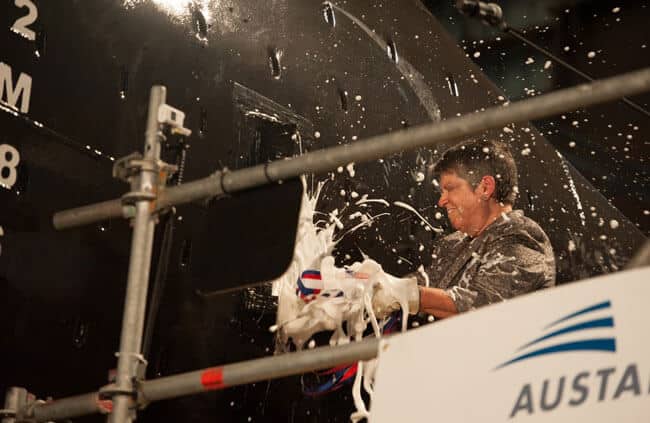 “On behalf of Austal USA’s shipbuilding team – one of the most talented that I’ve ever worked with – we are proud to provide our Navy with an incredible vessel that will honour the great city of Yuma as she supports humanitarian efforts the world over” said Austal USA President Craig Perciavalle.

“The EPF program has matured very well and we are confident that the EPF fleet will continue to serve our Navy as a highly flexible platform”, Mr Perciavalle added.

EPF 8, a 103 metre, shallow draft all-aluminium catamaran, is a multi-mission, non-combatant transport vessel characterized by its high volume, high speed, and flexibility. It is the fourth U.S. Navy ship to be named Yuma as a tribute to the residents of the Arizona city and their close ties with the military.

USNS Yuma will ultimately join her sister EPF’s that have been delivered over the last three years, including USNS Spearhead (T-EPF-1) which has logged over 100,000 nautical miles at sea and is currently on her fifth deployment since she was delivered in 2012.

Carnival Cruise Line Plans To Resume Some Cruises From August
Want to share your tips and advice? Got questions? Visit the community forum to ask questions, get answers, meet people, and share your tips!