Austal has rolled out the first of two 72m High Speed Support Vessels (HSSV’s) being built for the Royal Navy of Oman (RNO), today, at the company’s Henderson Western Australia shipyard. 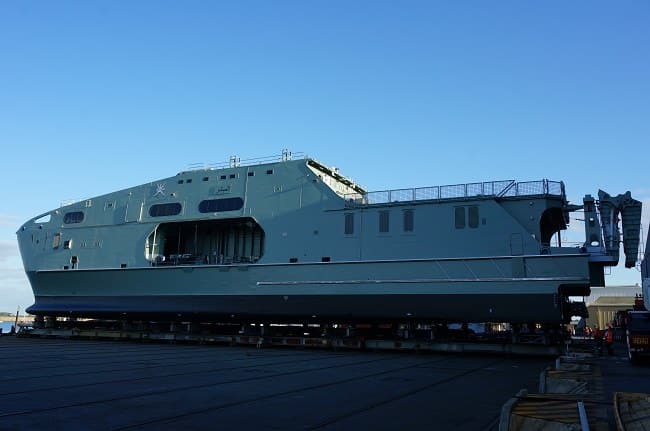 Austal was awarded the US$124.9 million contract for the design, construction and integrated logistics support of the two HSSV’s in March 2014 and construction commenced in August 2014.

This first HSSV will be launched next week before undergoing final fitout and sea trials prior to delivery to the RNO early in 2016. The second HSSV is under construction and is on schedule for completion later in 2016.