Austal Limited is pleased to announce it has successfully delivered Littoral Combat Ship 6 (LCS 6), the future USS Jackson, to the U.S. Navy.

USS Jackson is the first ship in its class built by Austal as prime contractor at its shipyard in Mobile, Alabama, under a 10 vessel, US$3.5 billion contract the U.S. Navy awarded to Austal in 2010.

Austal Chief Executive Officer Andrew Bellamy said the delivery is testament to the dedication and skill of our workforce. 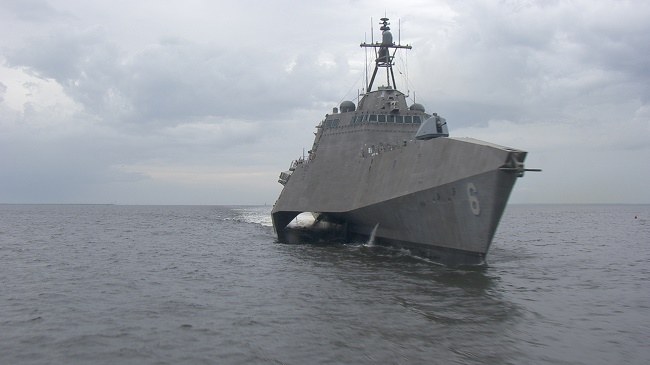 “Delivering the third ship of its class and the first as prime contractor is a significant milestone in the growth of the LCS program and for Austal,” Mr Bellamy said.

“Our workforce continues to demonstrate superior design, construction and execution building the Littoral Combat Ship. The program is well positioned for a smooth transition from LCS to frigate.”

Six additional Independence-variant LCS are at various stages of construction at Austal’s shipyard in Mobile, Alabama. Montgomery (LCS 8) is preparing for sea trials later this year while Gabrielle Giffords (LCS 10) was recently christened. Omaha (LCS 12) is preparing for launch in CY2015 and final assembly is well underway on Manchester (LCS 14). Modules for Tulsa (LCS 16) and Charleston (LCS 18) are both under construction. The first cut for Cincinnati (LCS 20) is slated for later this year.