Austal Limited (Austal) is pleased to announce the company’s first ever delivery to South Korea, a 50 metre high speed passenger ferry to Seaspovill from the Austal Philippines shipyard.

The A$16million contract for the Incat Crowther-designed, all aluminium catamaran – known as the Seastar 11 – was awarded in June 2016 and is the thirteenth vessel to be constructed at Austal Philippines in the last five years. 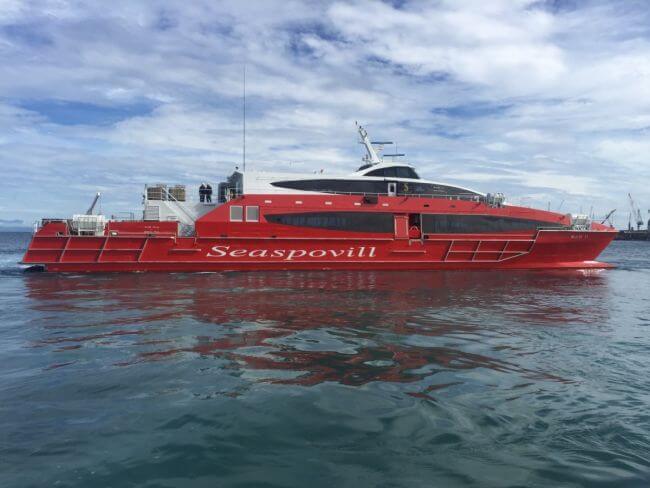 Speaking at the vessel handover ceremony, Austal Philippines President Wayne Murray said the Seaspovill delivery was another great achievement for the company.

“Austal Philippines is proving itself as a world leader in internationally competitive commercial vessel construction and we are delighted with what we have delivered to Seaspovill,” Mr Murray said.

“Our last three boats have come out on time and on budget and we certainly plan to continue this enviable record with our current and future contracts,” he said.

“The Seastar 11 will transport up to 450 passengers at speeds greater than 40 knots, from the mainland ports of Donghae and Gangneung to the island of Ulleung-do in South Korea,” Mr Murray said.