An executive at Japan’s top LPG supplier Astomos Energy said Friday the company’s VLGC will be the first commercial tanker to transit the expanded Panama Canal June 27, for a delivery to Japan, marking the start of regular commercial operations through the new locks.

Speaking to reporters, Kaname Ichima, managing director and COO of Astomos’ international business division said the company had not yet picked a VLGC from its fleet for the maiden expanded Panama Canal transit but had two possible candidates.

To date, Astomos Energy, 51%-owned by Japanese refiner Idemitsu Kosan and 49% by Mitsubishi, currently has 21 VLGCs in its fleet — six that it owns and 15 on time charter. 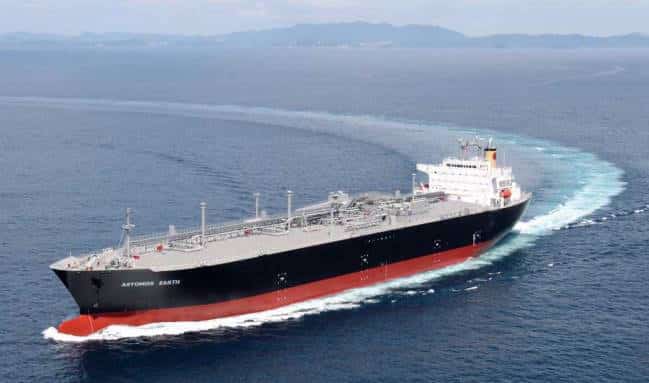 Of these nine VLGCs — three new tankers and six converted vessels — are equipped to transit the expanded Panama Canal, according to a company official.

For Astomos, using the expanded Panama Canal would be its “strategic” option not only to diversify its supply sources but also to reduce its dependency on supplies from the Middle East, using US cargoes from its supply portfolio, Ichima said.

Over 2014-21, Astomos has term contracts to procure a total of 5.8 million mt of US LPG, all of which are propane. The company is now looking at a possibility of buying US butane in the future, he said.

But Ichima said the company would need to clear “such issues as specifications” before sealing any deals to buy US butane, of which the company is looking at supplying to Southeast Asia.

With steady demand for US propane in Japan, Astomos intends to supply its US propane cargoes to the country via transiting the expanded Panama Canal, Ichima said.

Astosmos reiterated Friday that it still aims to expand its total purchase and trade LPG volumes to 12 million by 2017. This will be up from its planned volumes of around 10.5 million mt in 2016, steady from 2015.

To expand its total LPG handling volumes, Astomos intends to expand its sales to Vietnam, Thailand and Indonesia, as well as looking at how it can cultivate its demand in China and India indirectly through its partners, Ichima said.

Of its planned 10.5 million mt purchase and supply plan in 2016, Astomos intends to supply about 3.2 million mt of LPG to Asia, the company said.

In Japan, Astomos sold a total of 3.653 million mt of LPG in its fiscal year ended December 31, up 3.7% from a year ago, led by increased sales to households, industries, city gas and cars, the company said Friday.