Arctic sea ice appears to have reached its annual maximum extent on March 7. This is the lowest maximum in the 38-year satellite record. NSIDC will post a detailed analysis of the 2016 to 2017 winter sea ice conditions in our regular monthly post in early April. 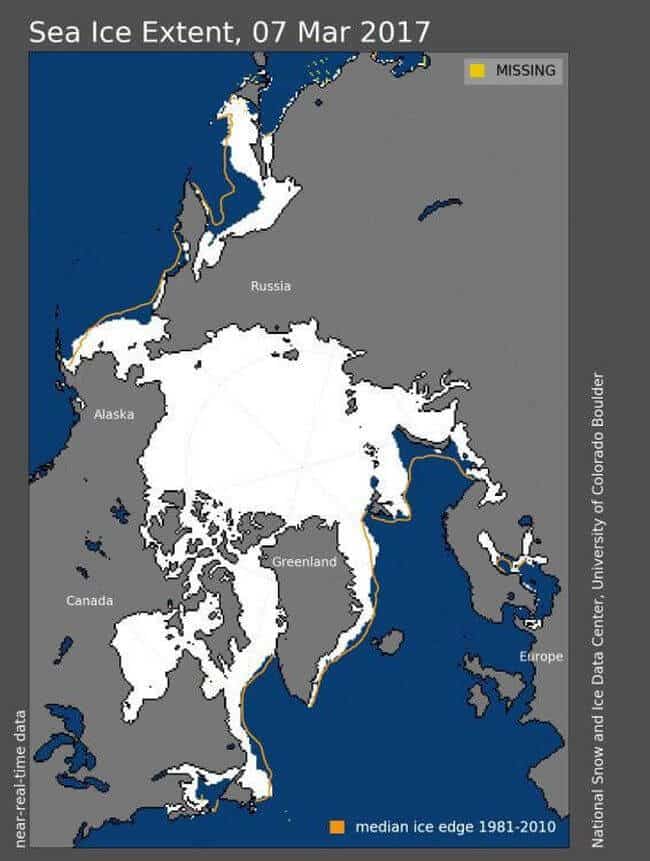 Data from the European Space Agency’s CryoSat-2 satellite indicate that this winter’s ice cover is slightly thinner compared to the past four years. An ice-ocean model at the University of Washington that incorporates observed weather conditions suggests the volume of ice in the Arctic is unusually low for this time of year. 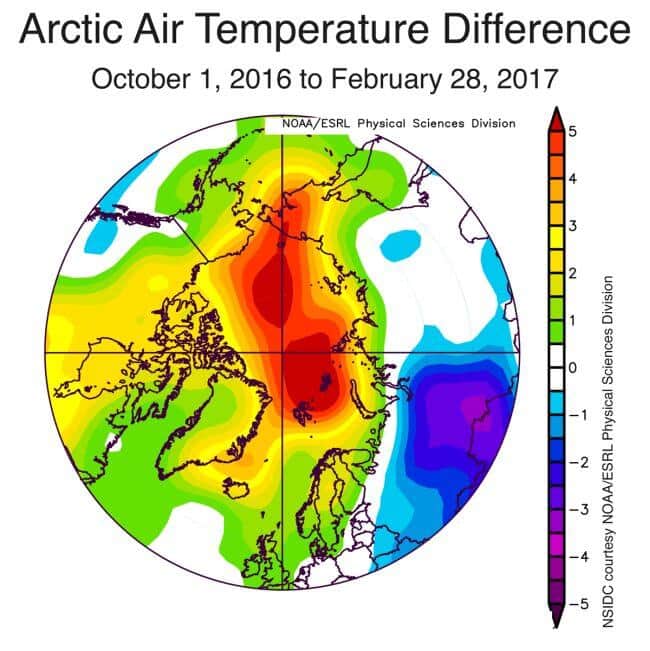 In the Southern Hemisphere, sea ice likely reached its minimum extent for the year on March 3, at 2.11 million square kilometers (815,000 square miles). This year’s minimum extent was the lowest in the satellite record, continuing a period of satellite-era record low daily extents that began in early November. However, the Antarctic system has been highly variable. As recently as 2015, Antarctic sea ice set record high daily extents, and in September 2014 reached a record high winter maximum.

Antarctic air temperatures during the autumn and winter were above average, but less so than in the Arctic. Air temperatures at the 925 hPa level (about 2,500 feet above sea level) near the sea ice edge have been about 1 to 2.5 degrees Celsius (2 to 4.5 degrees Fahrenheit) above the 1981 to 2010 average.