U.S. Coast Guard and police boats cleared a way through protesters in kayaks at a Seattle-area port on Tuesday so Royal Dutch Shell’s second of two Arctic drilling rigs could depart for Alaska.

The activists, who have staged frequent demonstrations during the past two months against Shell’s planned oil exploration in the Chukchi Sea, said 21 protesters in kayaks took to the waters just beyond the Port of Everett from where the oil rig left.

The activists who entered the safety zone around the Noble Discoverer and were intercepted by the U.S. Coast Guard and local police who took the demonstrators to shore, said Coast Guard spokesman Chief Petty Officer David Mosley.

No one was arrested but the Coast Guard and police team issued five citations to demonstrators, Mosley said. 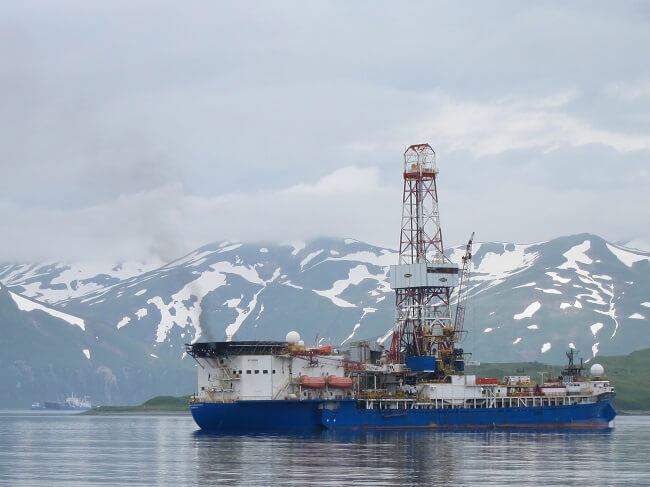 Following its pre-dawn departure, the Nobel Discoverer was sailing on toward international waters with no blockade in its path, Mosley said.

Shell could begin drilling for oil in the Arctic off Alaska as early as the third week in July, when it expects sea ice to begin clearing.

The company was given conditional approval by the U.S. Department of the Interior in May to return to the Arctic for the first time since its mishap-plagued 2012 drilling season.

But the federal government on Tuesday issued a potential setback to Shell’s plans, telling the company that established wildlife protections prevent it from drilling two rigs simultaneously within 15 miles (24 km) of each other, as it had planned.

The U.S. Fish and Wildlife Service issued Shell a permit on Tuesday which said that under existing federal walrus and polar bear protections, Shell must maintain a 15-mile (24-km) buffer if it plans to drill two rigs simultaneously.

Environmentalists say the Arctic is one of the most environmentally sensitive regions in the world and a spill would be destructive to the ecosystem and extremely hard to clean up.

On June 15, another drilling rig that will prospect for oil in the Arctic for Shell pulled out of the Port of Seattle and also was met by protesters in kayaks, including Seattle City Council member Mike O’Brien.

That drilling rig arrived in Dutch Harbor off mainland Alaska on Saturday morning. Shell plans to drill through late September.

Shell maintains that it has a robust safety and clean-up plan should a spill occur.