You are here: Home › Shipping News › Appeals Raised Against Dismissal Of Charges On Bocimar For Scraping Vessel In Bangladesh
TwitterFacebookLinkedInPinterestBuffer

On 25 June, the Court of Antwerp dismissed the charges pressed against shipowner Bocimar NV for the scrapping of a vessel in a Bangladeshi yard where a shipbreaking worker died.

In 2016, Bocimar NV, a subsidiary of Companie Maritime Belge (CMB), sold the Belgian-flagged MINERAL WATER (IMO 9175066) to a scrap-dealer, also known as ‘cash buyer’. Bocimar’s lawyers stated that the company had merely sought the highest price for their end-of-life vessel, which at the time could only be obtained at the infamous beaching yards of Chattogram, Bangladesh. [1]

They argued that whilst ignoring the human rights breaches and the environmental damage caused by shipbreaking in Bangladesh for the sake of profit “may not have been sympathetic”, “it was not illegal”. 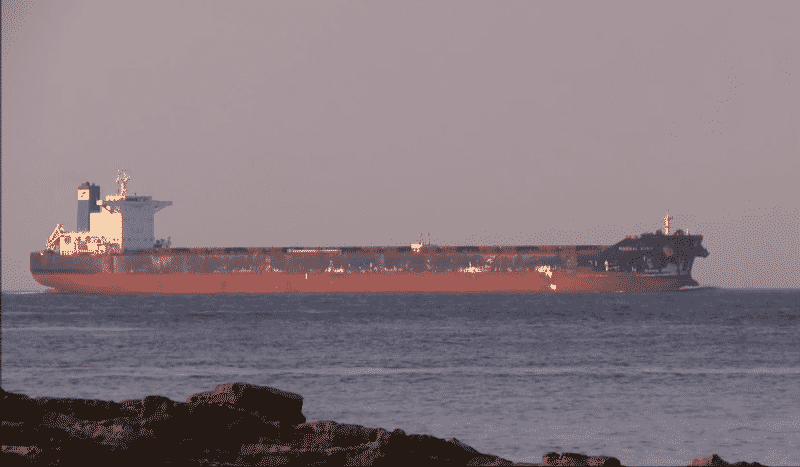 The European Union (EU) Ship Recycling Regulation which regulates the recycling of EU-flagged vessels was adopted in 2013 but only became applicable in December 2018. It did thus not apply to the 2016 scrap sale of Bocimar’s Belgian-flagged ship.

The Prosecutor instead argued that the decision to scrap the ship was taken in Belgium at Bocimar’s Antwerp offices when the vessel was still sailing under the Belgian ship registry, rendering its disposal accountable to the rules of the EU Waste Shipment Regulation, which prohibits the export of toxic waste from the EU to non-OECD countries.

The principled application of Belgian and EU law was not as such disputed in Court. Neither did Bocimar NV dispute that the MINERAL WATER became waste upon the company’s decision to scrap the ship. The vessel was, however, sailing in Chinese waters when it was sold for scrap, and Bocimar’s lawyers argued that this meant EU waste laws could not be applied as the ship never physically departed as waste from the EU – arguments that the Antwerp Court accepted and which the Prosecutor is now appealing.

“Everything about the vessel points towards Belgium – a Belgian company choses to scrap its Belgian-flagged ship at a place where it is known that shipbreaking destroys workers’ health, local livelihoods and the environment, and is not hold liable? Companies have a duty of care meaning that they are accountable for business decisions that cause harm, even in their supply chain. ”
Ingvild Jenssen – Executive Director and Founder – NGO Shipbreaking Platform

Bocimar NV, as well as Euronav NV and Exmar NV which are also closely linked to the Belgian shipping family Saverys, continued to sell their scrap ships to the beaching yards even after the outrage of the MINERAL WATER’s scrapping in Bangladesh was revealed in the Standaard [2].

CMB NV and companies linked to the Saverys family own and operate a large fleet [3], including at least 19 vessels built before 2006 that are expected to reach the end of their operational life in the coming years.

“CMB NV and Euronav NV have ambitious plans on getting zero emission vessels powered by zero emission fuels into operation by 2030. This will inevitably lead to the scrapping of older ships not compatible with their ambitious GHG emission reduction targets. If CMB is not compelled to improve its recycling practices out of mere ‘sympathy’ with exploited workers and the coastal environments in South Asia, they will surely want to consider this if they are intent on obtaining sustainable financing for the greening of their fleet.”
Ingvild Jenssen – Executive Director and Founder – NGO Shipbreaking Platform

Indeed, the recently adopted EU Taxonomy on Sustainable Financing takes a life-cycle approach to shipping. According to the taxonomy, financing aimed at for example climate mitigation must not undermine any of the EU’s other environmental objectives. For shipping companies wanting to secure funding to green their operations it is thus key that they have a policy for using only EU-approved ship recycling facilities at end-of-life.

[1] The sale of the MINERAL WATER saw Bocimar NV earning 5.400.000 USD. Scrap prices obtained in Bangladesh were around 300 USD/LDT in 2016, almost the double of what could be obtained for recycling at yards located in either China or Turkey and that follow higher environmental and OHS standards. Recycling in Ghent, Belgium, where vessels are dismantled alongside and using a slipway as well as industrial heavy lifting cranes would have brought Bocimar NV a profit of approximately 100 USD/LDT.

[3] CMB NV, including its subsidiaries Bocimar NV and Delphis NV, and other shipping companies closely linked to the Saverys family, including Exmar NV and Euronav NV, own more than 100 vessels – mainly tankers, bulk- and gas carriers.

[4] Euronav NV recently announced having raised an 80 million sustainability loan with built in climate related targets. Whilst they primarily own a relatively young fleet, at least 9 vessels are built before 2006. In 2017 and 2018, Euronav NV sold three vessels to beaching yards in South Asia, see note [2] above.

Watch: Port Of Antwerp To Attempt World’s First Conversion Of Tugboat To Methanol-Propulsion
PIONEERS Consortium Coordinated By Port Of Antwerp Takes Lead In Greening Of European Ports
Port Of Antwerp Aims To Built The Largest Network Of LNG Bunkering Vessels In Europe By 2025