This week at the 2018 Lloyd’s List Americas Awards, APM Terminals took home the ‘Port Infrastructure Development of the Year’ award. The award recognises outstanding port infrastructure investment, which drives economic and social change in the Americas and improves environmental surroundings.

During 2017, APM Terminals made substantial infrastructure investments throughout the Americas, which helped support trade growth, workplace safety and larger vessels. Judges looked for proven examples of innovation, efficiency and profitability of infrastructure investments. Special attention was given to projects that improve the living standards of local populations through access to improved employment opportunities, business opportunities and trade. 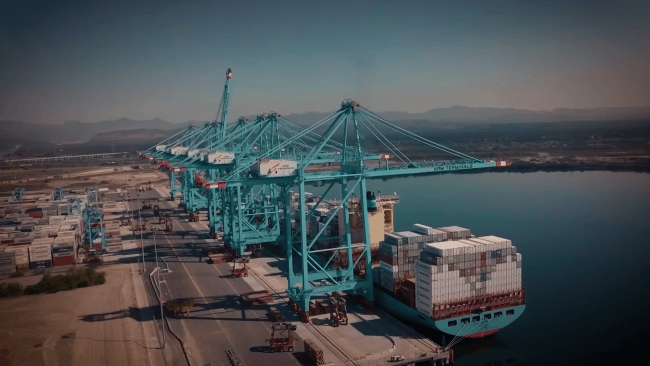 Phase I of the construction included 750 meters of quay, which can accommodate two 350-metre vessels of up to 15,000 TEU capacity simultaneously. The terminal is equipped with five Super-PostPanamax Cranes with a 23-container reach and on-dock rail access. The terminal is directly linked to the national rail systems of Mexico and the USA for efficient and environmentally friendly inter-modal container movements inland. The terminal handled 345,000 TEUs in 2017.

“This was part of more than $1 billion worth of investment in the Americas during 2017, which will continue to support local economies and international trade for many years to come,” said Mogens Larson, Head of APM Terminals Latin America Portfolio. “Our investment in the Americas has not only made these terminals some of the most environmentally friendly in the world, but also the most efficient.”

In June, APM Terminals Mobile, Alabama also completed a 20-acre expansion, and took delivery of two new Super Post-Panamax STS cranes. The cranes represent an investment of $13 million each and can accommodate vessels of up to 14,000 TEU capacity.

The completion of the $47.5 million Phase II project has increased APM Terminals Mobile’s annual throughput capacity to 500,000 TEUs, and has been instrumental in the selection of Alabama by the Wal-Mart Corporation for the construction of a new regional distribution center 15 miles from the port which will open this year. The terminal handled 313,000 TEUs in 2017.

The second delivery included three Eco Hoppers, the first of their kind in Peru, which will increase productivity, and enable the handling of very dusty products in an environmentally sustainable manner. Able to capture and extract the dust generated during cargo handling, the Eco Hoppers also provide a safe and clean work environment. The facility handled 963,000 TEUs in 2017, along with 5.8 million metric tons of bulk cargo.