APM Terminals Pipavav (Gujarat Pipavav Port Ltd), one of western India’s fastest growing gateway ports, announced the successful berthing of the largest container vessel with capacity of approximately 9,971 TEUs in the history of the port.

MAERSK SALTORO, a container vessel with an overall length of 299 meters was berthed at Pipavav Port today by the port’s marine team. 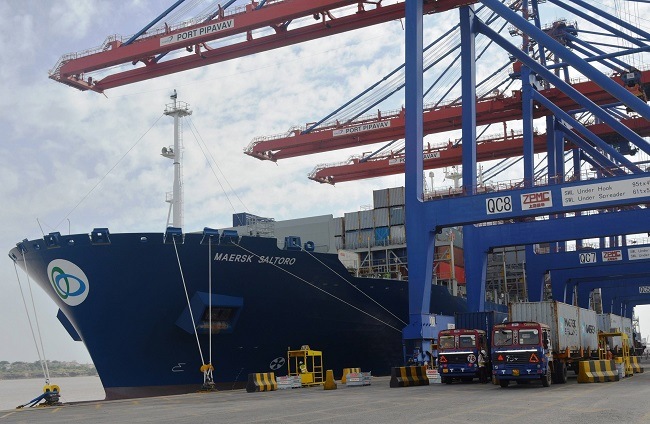 The berthing of MAERSK SALTORO is yet another testimony of the infrastructure capabilities APM Terminals Pipavav has built over the years in handling large vessels and cargo. APM Terminals Pipavav has infrastructure capabilities to handle container, bulk and liquid cargo. Last month, the port started RORO operations with dispatch of the first lot of cars for export. Apart from the multiple capabilities, the port has excellent connectivity to the rich hinterlands in the North and West Regions of India via rail and road.