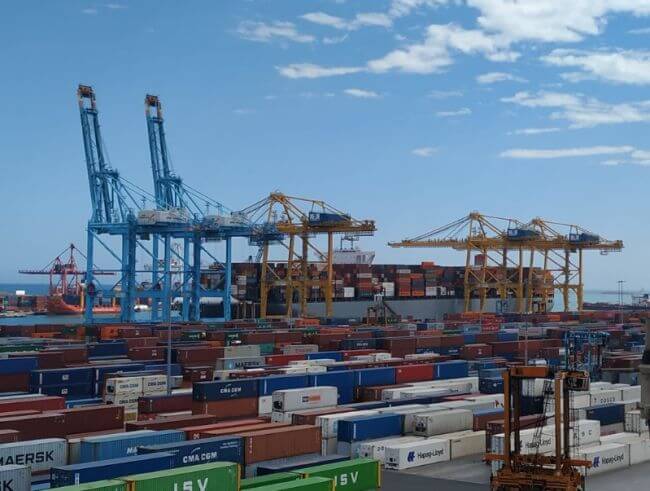 Last week APM Terminals achieved a very high 150 BMPH (berth moves per hour servicing a latest-generation vessel. This event confirms the increase in productivity and performance potential with 100% of its latest €47 million investment now being operational.

With the latest investments implemented, APM Terminals Barcelona reinforces its position as a leader in the maritime business, offering one of the best productivity levels in the Mediterranean, with the newest equipment, the most cutting-edge technology and a customer-focused service always striving for maximum excellence.

These investments include the acquisition of 2 new Super Post Panamax cranes from Los Angeles, bringing the terminal’s total to 6 SPX cranes in operation and ready to provide simultaneous service to the latest-generation mega-ships that stopover in the port of Barcelona. The STS cranes allow operations with ships of up to 23 containers across the beam. In addition, they can lift 100 tonnes and can also operate in TWIN mode (2×20’), which allows the terminal to further increase its level of service, offering customers the highest productivity of all the Mediterranean terminals. 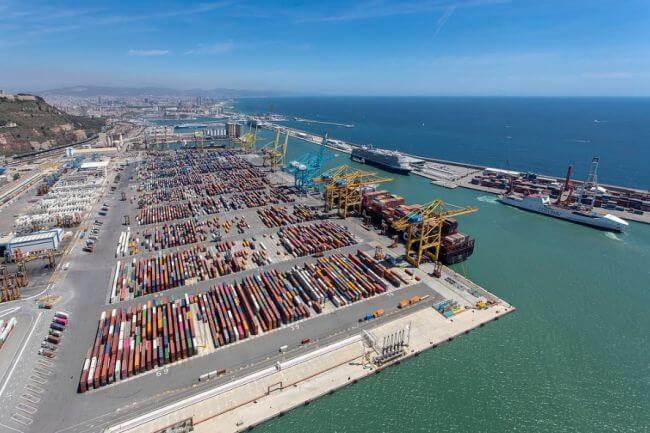 APM Terminals Barcelona has implemented other improvements with the purpose of continuing to offer excellent service to its customers: it acquired 29 new straddle carriers (SCs), which have also bolstered the terminal’s performance. This allocation is the largest investment made in the Barcelona terminal in terms of this type of equipment.

At the same time, with the aim of increasing the technical capabilities of Barcelona’s terminal, APM Terminals has launched a new Rack platform for refrigerator connections, which has allowed it to increase its connection capacity by 31%.

This set of investments is part of APM Terminals’ strategy to modernize its current fleet and increase its equipment’s capacity and productivity, as well as to improve safety at the terminal. “We renew our commitment to the Port of Barcelona, outfitting ourselves with the technical equipment necessary to operate the most modern container ships that currently stopover in the Catalan capital”, explained Narcís Pavón, General Manager of APM Terminals Barcelona.