APM Terminals Pipavav (Gujarat Pipavav Port), one of western India’s fastest growing gateway ports has been awarded the Inland Container Depot (ICD) Preferred Terminal of the year at the 4th edition of the Gujarat Star Awards held in Ahmedabad.

The port has been given this award for two consecutive years. Last year the port was awarded “ICD preferred port of the year 2014” at the 3rd Gujarat Star Awards. 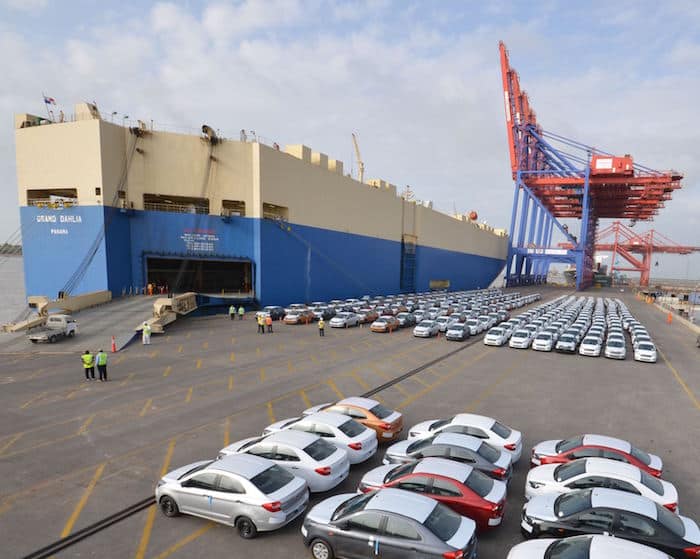 Organized by Daily Shipping Times, Gujarat Star Awards has set a benchmark for recognizing excellence of companies or individuals in the maritime and logistics sector of Gujarat.

Thanking Gujarat Star Awards for this recognition Mr. Keld Pedersen, Managing Director of APM Terminals Pipavav remarked, “We are glad to see the recognition and will continue to develop efficient cargo handling infrastructure. Our location in Gujarat as well as the proximity to road and rail networks provides a logistical advantage connecting the port to critical markets in the hinterland and Northwest. We handled a total of 550,000 TEUs in FY 2015 through 2,695 trains in the same period, serving the various ICDs in the north and north-west India”.

“We would like to thank Gujarat Star Awards and Daily Shipping Times for this honor” he added.