APL announced the enhancement of its signature Eagle Express 1 (EX1) service as it names six vessels deployed for the service after former U.S. Presidents. Along with the EX1 service refinements that will speed up the North Asian lap from the US West Coast, these containerships will be named President FD Roosevelt; President Wilson; President Cleveland; President Truman; President Eisenhower and President Kennedy, continuing a legacy that began in the 1920s that has seen some 90 APL ships named after U.S. Presidents. 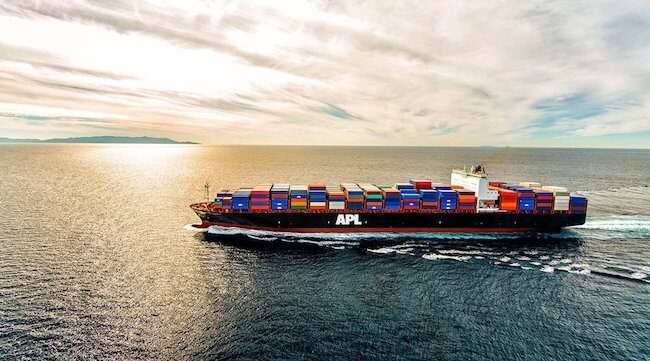 Five of the six vessels are new to the EX1 service. The first vessel in the U.S. President series is currently going through the reflagging process at Global Gateway South (GGS) Terminal in Los Angeles.

The enhanced EX1 service will see the current transit from the U.S. West Coast to Naha and Yokohama cut by four and two days respectively. With Yokohama serving as a relay hub for shipments to Guam and Saipan via its Guam Saipan Express (GSX) service, APL is adjusting the EX1 service to speed up essential cargo shipments from the U.S. mainland to the islands, especially Guam where 75% of her inbound freight originate from the U.S.. In fact, shipments onboard the GSX service will reach Guam on Monday, the earliest cargo arrival of the week on the island as a result of the EX1 service refinements.

This development demonstrates APL’s commitment to service excellence through the EX1 service which is synonymous with reliable Asia-North America service coverage. According to Seaintel, APL was ranked the most reliable carrier from Central China to the U.S. West Coast in the first quarter of 2018. Surpassing the industry average on-time performance of 49.6%, APL through the EX1 service achieved an on-time performance of 84.3%.

APL Esplanade Becomes The Largest Vessel Ever To Arrive In Colombia