New imagery released by the U.S. on Monday makes the strongest case yet that sectarian Iranian forces attacked at least one petrochemical tanker in the Gulf of Oman, a long-time naval analyst told USNI News on Monday.

Taken from a Navy MH-60R Seahawk, the new photographs show a similar scene as a grainy black and white video U.S. Central Command released on Thursday. In them, an Iranian Revolutionary Guard Corps Navy fast attack craft come alongside the Japanese-owned petrochemical tanker M/V Kokuka Courageous and removed what CENTCOM said is a limpet mine.

“Limpet mines are attached to a vessel via magnets and/or nails and detonated by a timer,” read a statement from U.S. Central Command. “Following the attack, sailors from the Kokuka Couragous discovered a second, unexploded, limpet mine on their vessel and abandoned ship.” 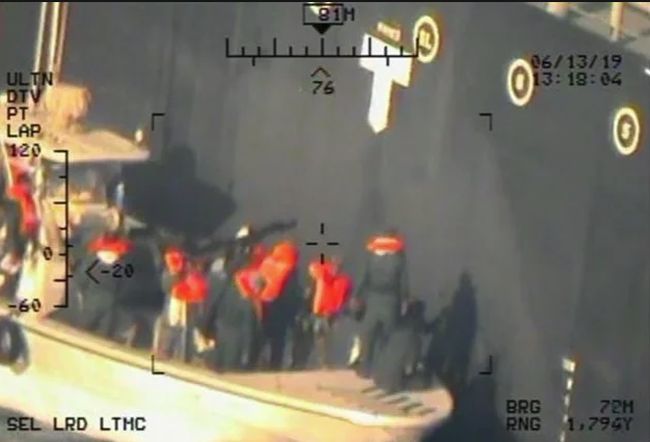 After the crew left the ship, CENTCOM said a Gashti Class patrol boat approached the Kokuka Courageous and recovered the unexploded mine.

Additional detailed images shot from alongside Kokuka Courageous taken from the crew of USS Bainbridge (DDG-96), show a greenish-grey base attached to the hull, what CENTCOM says is the remains of the removed mine.

“Iran is responsible for the attack based on video evidence and the resources and proficiency needed to quickly remove the unexploded limpet mine,” CENTCOM said in a statement.

After reviewing the CENTCOM release provided to USNI News, Washington, D.C.-based naval analyst Scott Truver told USNI News the pictures CENTCOM put out on Monday amounted to a certainty that Iran was responsible for the attack.

“I have no doubt and I’ve talked to some of [explosive, ordnance and disposal] friends and we’re all in agreement – it’s a smoking gun,” he said. 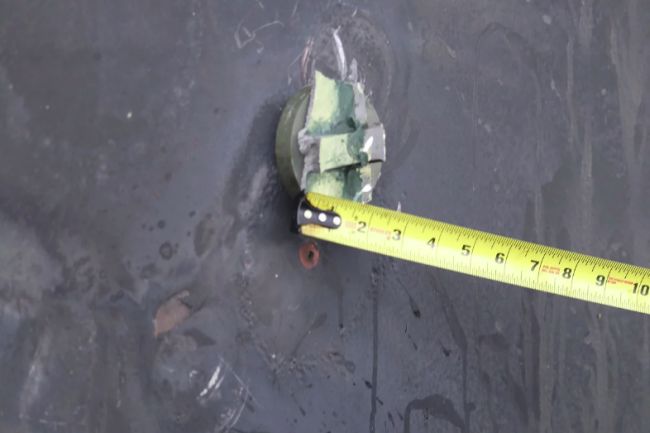 In addition to the imagery, CENTCOM released a detailed timeline of the attacks and the U.S. response.

Iran has continued to deny that they were responsible for the attack.

Earlier on Monday, the Pentagon announced an additional 1,000 troops are being sent to U.S. Central Command as tensions between Tehran and Washington continue to be high following the attacks on Kokuka Courageous

At the request of CENTCOM, acting Defense Secretary Patrick Shanahan has, “authorized approximately 1,000 additional troops for defensive purposes to address air, naval, and ground-based threats in the Middle East,” read the statement.

“The recent Iranian attacks validate the reliable, credible intelligence we have received on hostile behavior by Iranian forces and their proxy groups that threaten United States personnel and interests across the region.”

The troop buildup and the rebuke from CENTCOM come after Iranian officials announced they were set to break a prohibition on stockpiling uranium in ten days and maybe begin enriching uranium to levels that would violate the 2015 Iran nuclear deal. The U.S. suspended their involvement early on in the Trump administration and renewed sanctions on Iran.

In response to a request from the U.S. Central Command (CENTCOM) for additional forces, and with the advice of the Chairman of the Joint Chiefs of Staff and in consultation with the White House, I have authorized approximately 1,000 additional troops for defensive purposes to address air, naval, and ground-based threats in the Middle East.

The recent Iranian attacks validate the reliable, credible intelligence we have received on hostile behavior by Iranian forces and their proxy groups that threaten United States personnel and interests across the region.

The United States does not seek conflict with Iran. The action today is being taken to ensure the safety and welfare of our military personnel working throughout the region and to protect our national interests. We will continue to monitor the situation diligently and make adjustments to force levels as necessary given intelligence reporting and credible threats.