You are here: Home › Shipping News › An Average Of 1,000 Refugees Now Arriving On Greek Islands Every Day
TwitterFacebookLinkedInPinterestBuffer

On average 1,000 refugees are now arriving on the Greek islands every day creating an unprecedented emergency for Greece and other countries, the UN refugee agency reported on Friday (July 10).

UNHCR said that since the beginning of the year, a staggering 77,100 people had arrived in Greece by sea, many on flimsy and unsafe vessels. Almost 60 per cent of the new arrivals are from Syria while others come from Afghanistan, Iraq, Eritrea and Somalia.

A boat leaving Turkey on Tuesday (July 7) loaded with up to 40 refugees capsized between the Greek islands of Agathonisi and Farmakonisi.

Authorities say 19 people were rescued: eight by the Greek Coast Guard, 11 by the Turkish Coast Guard. Five bodies were retrieved and up to 16 people are still missing and feared to have drowned. 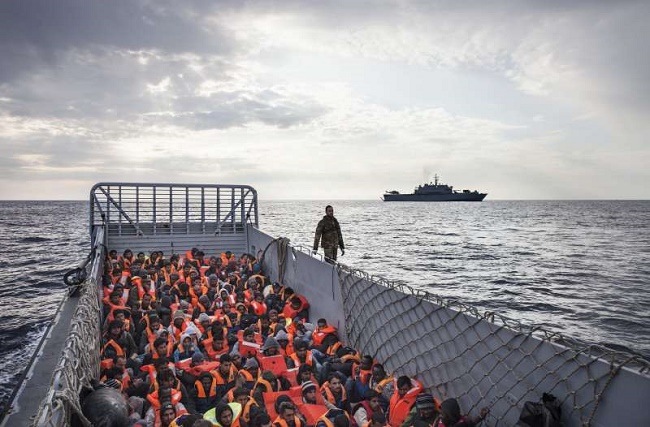 UNHCR said that the number of people arriving is now so high that, despite all efforts, the authorities and local communities can no longer cope.

A majority of the refugees arriving in Greece are moving onward, trying to reach countries in western and northern Europe through the western Balkans region. Countries in this region such as the Former Yugoslav Republic of Macedonia (fYROM) and Serbia, have witnessed a dramatic increase in the number of refugees. In the first half of this year, some 45,000 people sought asylum in the region. This represents almost a ninefold increase of asylum applications compared with the same period in 2014.

However, these are only some of the refugees entering the two countries, with most continuing directly on their way to Hungary and further north. It is estimated that half of all refugees who are actually passing through the region do so without being registered by the authorities, and are exposed to violence and abuse by smugglers and criminal gangs.

“An urgent response from Europe is needed before the situation deteriorates further,” Spindler added.

He said that in the course of June, the number of people crossing every day from Greece into fYROM and Serbia surged from 200 to 1,000. Over 90 per cent of those traveling this route are from refugee-producing countries, mainly Syria, Afghanistan, Iraq, Eritrea and Somalia.

As with Greece, the capacity of these countries to effectively respond to the emergency situation is severely overstretched. While the authorities are trying to alleviate the situation by establishing facilities to receive and process them, UNHCR is concerned about reports of border police preventing refugees from entering.

In some instances, refugees have alleged that some police officers are using violence and pushing them back into the hands of smugglers.

“The tightening of borders is not the solution, including the plans of the Hungarian government to build a fence along the Serbian border. Reports of push-backs at the borders between Serbia and fYROM and between fYROM and Greece are worrying, as such practices place refugees at further risk and are contrary to states’ legal obligations,” Spindler said.

On the northern Aegean island of Lesvos, the number of new arrivals far outstrips the capacity of the police-run identification centre in Moria. More than 3,000 refugees are currently living in difficult conditions at the makeshift accommodation site of Cara Tepe, and 1,000 are camping outside the Moria facility.

“UNHCR has previously expressed concern for the well-being of refugees, including pregnant women and children, who are having to walk up to 60 kilometres through the mountains to reach the island’s main town of Mytiline,” Spindler emphasized.

UNHCR stressed however that despite the precarious situation facing the livelihoods of many Greek people, their response towards refugees has for the most part been welcoming and generous.

More UNHCR staffers have already been deployed to five locations in the eastern Aegean, to provide advice and assistance to new arrivals and care for unaccompanied children and people with specific needs.

Rescue Vessels Pulls Out About 450 Migrants From Boat Off Tunisia
Migrant Ship With 43 People Sinks In The Mediterranean
Video: More Than 70 Migrants On a Rescue Ship Jump Into Sea in Frustration
ECSA & ETF Call EU To Coordinate For Solidary Solution Of Rescued Migrants On Board Maersk Etienne