The U.S. Coast Guard AMVER awards, a mainstay of recognizing seafarer contribution to safety at sea, will continue despite the ongoing medical situation.

Historically the awards are given at industry events, embassy receptions, or other maritime celebrations around the world. The current medical situation has forced the AMVER staff to find a way to ensure awards would still get to ships and companies.

“Seafarers earned these awards and it would be unfair to stop a program that recognizes the hard work and dedication of seafarers,” said Benjamin Strong, AMVER Director. “Shipping and commerce continue and so will the AMVER awards.” 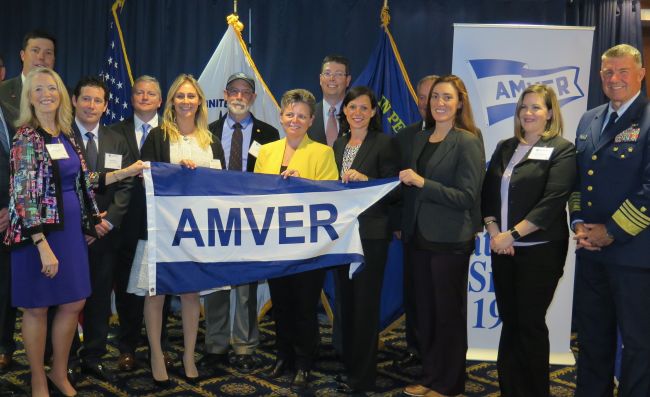 With more than 8,000 awards to distribute, the AMVER staff is coordinating with U.S. embassies, Propeller Club Ports, and individual companies to ensure they are delivered in a timely manner.

“We are proud to continue the tradition of recognizing the individual accomplishments of seafarers and companies who volunteer in the AMVER system,” stated U.S. Coast Guard Commander Aurora Fleming, Acting Chief of Search and Rescue.

“At a time of international crisis, which this clearly is, it is very appropriate that we recognize those who maintain the highest standard of safety at sea, who keep the sea lanes open, and who support our rescuers. The AMVER awards represent the link between the U.S. Coast Guard, the seafarer and the world as a whole, and the need to maintain the highest safety values- at all times, and under all conditions.”

“The U.S. Coast Guard’s AMVER awards program recognizes a ship and company’s commitment to safety – a theme that is now more important than ever as we confront the COVID-19 outbreak,” added Costis J. Frangoulis, President of the International Propeller Club, Port of Piraeus.

Under the AMVER system, rescue coordinators can identify participating ships in the area of distress and divert the best-suited ship or ships to respond. Vessels send periodic position reports to the AMVER center until arriving at their port of call.

This data can project the position of each ship at any point during its voyage. In an emergency, any rescue coordination center can request this data to determine the relative position of AMVER ships near the distress location. On any day there are more than 7,000 ships available to carry out search and rescue services.