The new technology is expected to improve search and rescue response times for distress beacon owners in emergency situations. 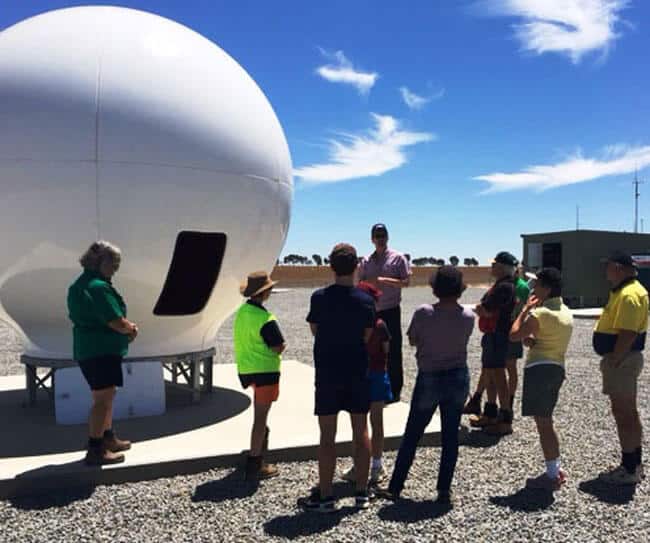 “In one search and rescue incident alone, MEOSAR was able to confirm the location of a person in distress two hours before the existing system,” Mr Kinley said.

“Australian is the biggest user of distress beacons in the world on a per capita basis, with more than 450,000 beacons currently registered.

“This vital improvement in the time it takes to detect an emergency beacon will be extremely beneficial, particularly in our country that has a search and rescue region equivalent to one tenth of the world’s surface.”

Mr Kinley said Australia and New Zealand had collaborated to achieve overlapping coverage of the Australian and New Zealand search and rescue regions with satellite tracking ground stations in both countries.

“The MEOSAR system will operate in tandem with the existing Low-altitude Earth Orbit Search and Rescue (LEOSAR) system, which has provided Australia’s distress beacon coverage since 1982,” Mr Kinley said.

In time MEOSAR will replace the LEOSAR satellite system, which will be phased out in coming years under international arrangements.

Existing beacon owners should be aware that their beacons will continue to be detected and processed, without any change.