The Australian Maritime Safety Authority (AMSA) has directed that the 86 metre general cargo ship Noah Satu (IMO9313620) not enter or use any Australian port for the second time in less than twelve months.

The direction was issued on 4 February and will remain in effect for twelve months. Noah Satu is owned by PT Anugerah Samudra Indomakur and was on charter to Orica Singapore.

The Noah Satu has been detained by AMSA five times since August 2013 for deficiencies related to its equipment, its operations, its safety management system and non-compliance with the Maritime Labour Convention. The safety management system detentions resulted from repeated failings related to navigation safety, compliance with pollution prevention requirements and fire safety.

The Noah Satu was previously banned from Australian ports for three months in September 2015 for repeated non-compliance with Australian maritime regulations. 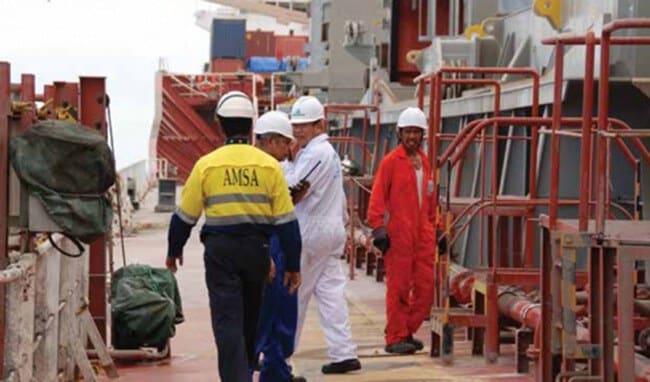 The vessel returned to Australian waters on 26 January 2016 and was subject to a port State control inspection in Port Alma, Queensland.

The vessel was again detained, due to failings in the vessel’s safety management system related to safe navigational practice, communications, pollution prevention arrangements, firefighting systems and hours of work and rest for the seafarers.

In visits to Australian ports over the past year, the vessel has also failed to comply with all the mandatory reporting requirements for vessels transiting the Great Barrier Reef area.

AMSA identified serious and repeated failings in the vessel’s operations and maintenance, indicating the vessel is unable to ensure compliance with the Safety of Life at Sea Convention, the International Convention for the Prevention of Pollution from Ships and the Maritime Labour Convention.

As the Noah Satu was previously banned for three months, the current direction will remain in place for twelve months, until 2 February 2017. The purpose of the escalated action is to encourage operators of poorly performing ships to improve the performance of their vessels, noting that other intervention activities are not achieving the required safety culture change.

“The performance of this vessel is completely unacceptable. Unsafe vessels put the lives of seafarers at risk and pose a threat to Australia’s marine environment,” Mr Kinley said.

“Operators and charterers of ships that repeatedly fail to meet Australian standards need to accept that these ships are not welcome in Australian waters.