Following the rapidly emerging case of the alleged kidnap of 28 Indian seafarers of the MV Gulf Sky the evening of 5 July 2020 by unknown persons and their forced transfer to Iranian waters, resulting, at the time of writing, in 26 seafarers being repatriated to India and two remaining in Tehran, awaiting documentary clearance, the Dominica Maritime Flag Administration and Human Rights at Sea would like to highlight the following short points.

Both organisations are very pleased that all Indian seafarers are safe and well and that their ordeal is now over, noting that it is understood that two seafarers are awaiting on repatriation from Iran.

The 28-man crew will be the ultimate source of the facts of the incident and debriefing is still ongoing by the relevant agencies. Meantime, time, space and support must be given to the crew to settle back into daily life with their friends and families after their ordeal. 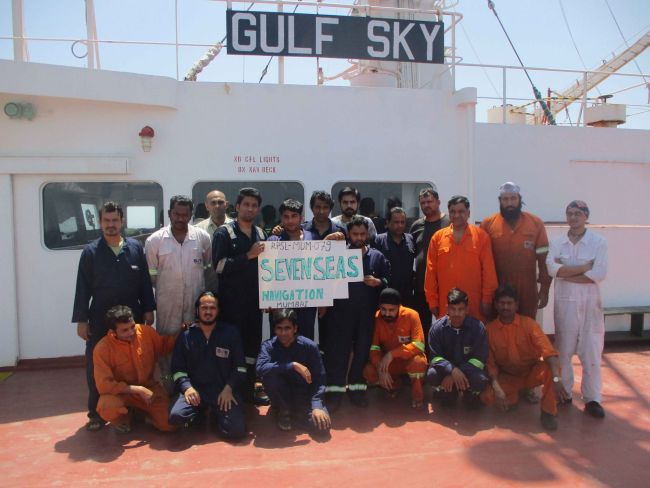 Both organisations reiterate their absolute support for seafarers and their dependents at all times, especially those who ask for assistance and support during times of need. That support will continue alongside all other collaborative partners and stakeholders involved in such incidents.

Finally, liaison with State authorities, welfare organisations and all other pertinent parties is still ongoing.

“Our initial concern was regarding the health and welfare of the crew, however it is abundantly troubling that the crew is claiming that they were either coerced or forced to pick up anchor and get underway knowingly engaging in an act of piracy. Piracy, in any form cannot be tolerated and we believe that the crew will deliver the key from which this mystery is unlocked.”

Global Leaders Discuss The Future Of The Maritime Industry In Copenhagen
Want to share your tips and advice? Got questions? Visit the community forum to ask questions, get answers, meet people, and share your tips!