The Australian Livestock Exporters’ Council has described Animals Australia video footage circulated this week as highly distressing and unacceptable to the industry, livestock producers and the community.

The video included images of an August 2017 voyage in which 2400 sheep died (3.79 percent of the total consignment of 63,804 head). The incident was the subject of a Department of Agriculture and Water Resources investigation, which was published last week.

ALEC was shown the footage by 60 Minutes this week, although copies of the video are not being released by Animals Australia due to an exclusive agreement with the Channel Nine program. 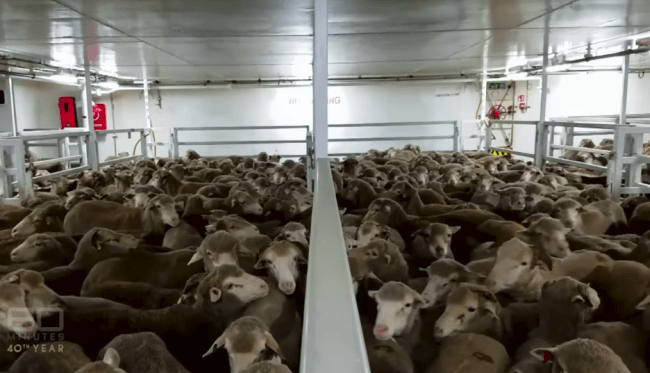 “These deaths and the conditions in which they occurred are plainly unacceptable,” ALEC CEO Simon Westaway said.

In 2017, 12,377 sheep died in transit out of a total 1.74 million head exported from Australia – recording a mortality rate of 0.71pc. The range of livestock mortalities since 2010 has been between 0.6-0.9pc and is trending down, but our industry is determined to achieve better outcomes.

The August 2017 voyage struck extreme heat and humidity at Doha, which was the first port of call due to the blacklisting of Qatar by other GCC countries at the time. Kuwait, typically the first discharge port, experiences a drier heat which presents fewer heat-stress risks for sheep when a vessel is carrying a full consignment.

“We’re committed to further reform and ongoing improvement in terms of animal welfare in our $250 million live sheep trade. We support the Federal Government’s current review of the Australian Standards for the Export of Livestock (ASEL) and we have also actively participated in AMSA’s review of livestock shipping,” Mr Westaway said.

“Exporters work with DAWR to manage the recognised risks associated with exporting to the Arabian Gulf in the northern summer due to the seasonal heat and humidity, but more needs to be done.”

One of a number of measures adopted over the past six months to mitigate the unique risks encountered in August 2017 is negotiating for Kuwait to once again be the first port of call for Gulf shipments. Precautions including loading up to 15pc lighter of sheep volumes than ASEL requirements for northern summer shipments have also been formally agreed to by the exporter and DAWR.

“These steps are in addition to the industry’s long-standing climate control programs for shipping which statistics show has helped to further reduce mortalities and heat-related welfare risks,” Mr Westaway said.

“Welfare is our biggest investment and highest priority. Millions of dollars are invested each year by exporters and last year alone, our industry service provider LiveCorp invested $1.4m for welfare programs.

IRClass Assists In Electrification Of A UNESCO World Heritage Site

Gulf Of Guinea Piracy Crisis: Industry Requests Effective Action From Governments
Want to share your tips and advice? Got questions? Visit the community forum to ask questions, get answers, meet people, and share your tips!