In 2012, the Polar Research Institute of China (PRIC) awarded the contract for the concept and basic design of the new Chinese polar research vessel to Aker Arctic. The design of this world-class research icebreaker has been tailored to meet the client’s scientific missions in the Arctic and Antarctic.

After the concept had been developed, Aker Arctic carried out model tests in both open water and ice to verify the performance of the vessel. Ice model tests were carried out in Aker Arctic’s own ice laboratory in Helsinki, Finland. The basic design is now in the final stages and the construction was recently started at Jiangnan Shipyard in Shanghai, China. The delivery of the vessel scheduled in 2019. 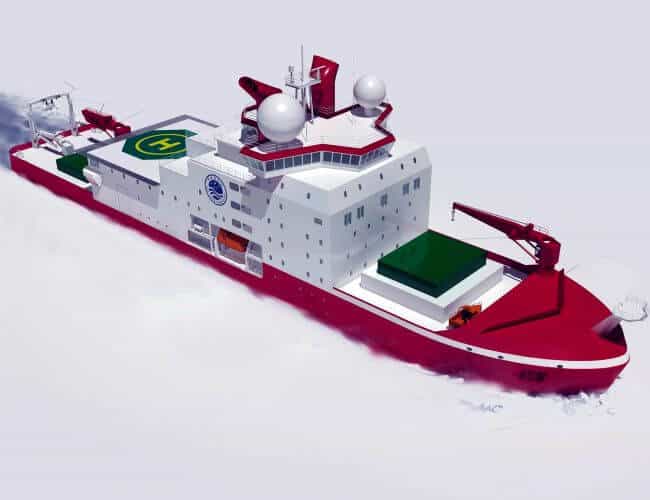 The new polar research vessel will be the first such ship built in China. The Polar Research Institute of China also has a second icebreaking research vessel, Xue Long, which was built in Ukraine in 1993 but has since been refitted and upgraded.

The new Chinese polar research vessel will be about 122 m long and 22 m wide. The extensive scientific outfit includes both wet and dry laboratories, a large aft working deck served by several cranes and winches, and a moon pool with scientific hangar that allows deploying CTD Rossette and other scientific instruments in ice-covered seas. Comfortable accommodation is provided for up to 90 scientists and crew. Large forward cargo hold, heavy crane and cargo fuel tanks allow the vessel to carry out resupply missions to scientific research stations. The aviation facilities include a landing platform and a hangar for two helicopters. 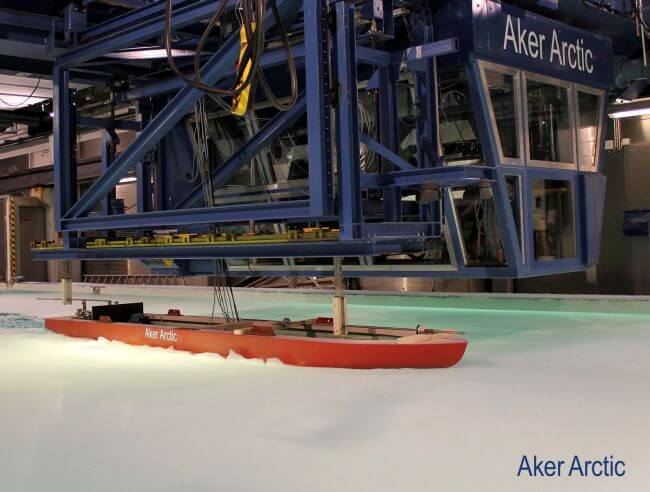 The Polar Class 3 icebreaker will be capable of continuously breaking up to 1.5 m thick level ice with a 20 cm snow cover in both ahead and astern directions. In addition to excellent icebreaking performance, the hull form has also been designed with good seakeeping characteristics and low open water resistance in mind. A special box keel will provide a disturbance-free flow environment for bottom-mounted scientific instruments in both open water and ice. The diesel-electric power plant and propulsion system, which consists of four main generating sets, two 7.5 MW azimuth propulsion units and two transverse bow thrusters, will provide the vessel with redundant DP2 class stationkeeping capability. 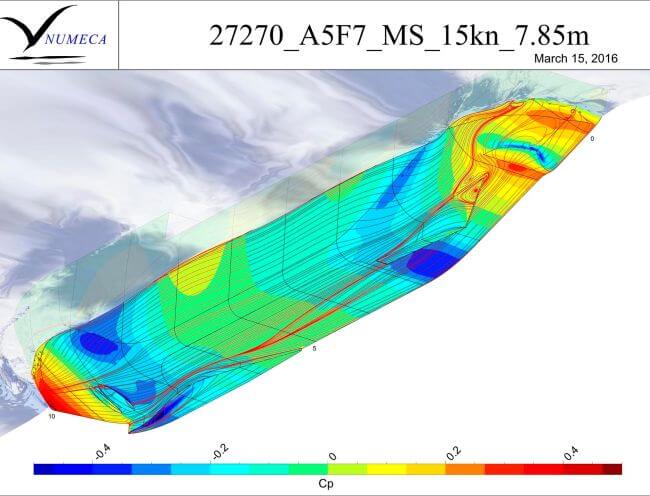