The quality of some new low sulphur fuel oils being supplied today still remains of significant concern to ship owners, ship managers and operators. ADERCO – the authoritative source when it comes to fuel treatment technology – recently conducted two case studies relating to the stability of Very Low Sulphur Fuel Oil (VLSFO). One case study was based on a real life incident from a shipowner and the second based on fuel samples collected from various customers, both being tested by an independent laboratory.

Idris Talib – Technical Surveyor at Aderco, based in Singapore remarked, “The first case involved bunkers being lifted in Houston, Texas. Despite the parameters meeting ISO 8217, duly confirming the bunkers as being “normal”, as well as the GC-MS test detecting no chemicals present, the fuel classified by the independent laboratory was “3” on the ASTM D4740 scale, indicating the fuel as being unstable. 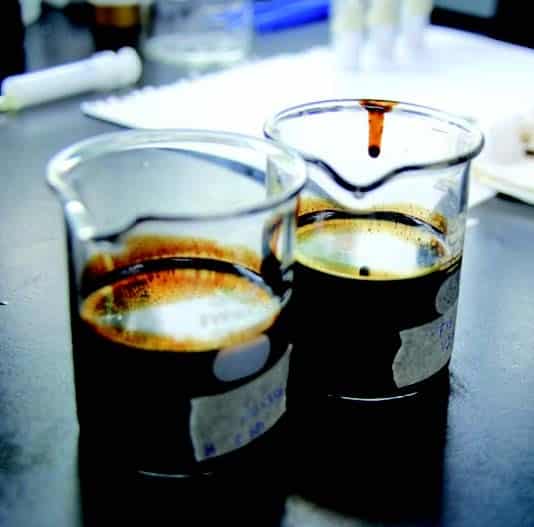 Furthermore, naphthalene, an aromatic hydrocarbon, was also detected in the fuel. Aderco’s Bad Fuel Procedure was immediately implemented and, thankfully, the vessel succeeded in consuming the fuel without any abnormal sludge precipitation or damage to machinery, thus avoiding off hire, de-bunkering and all that this entails.”

In relation to the second case study and the fuel samples collected, these all underwent stability tests to determine the quality of fuels supplied. Total Sediment Potential (TSP), Total Sediment Accelerated (TSA) and Existent Total Sediment (TSE) tests were performed on the low viscosity fuels (<60° C) in order to ascertain the sludge precipitation potential. A fuel with high TSP was subsequently chosen for further testing which incredibly exceeded more than four times the specification limit.

Following the use of ADERCO additive, the TSP was reduced by more than 90 per cent, in addition to observing a considerable reduction in the TSA and TSE values.

Olivier d’Olne – Group Technical Director added “ even though these results show that fluctuations in low sulphur fuel oil quality and safety issues remain today real challenges for the global shipping industry, the ADERCO support and technical team will continue to afford every assistance and guidance to its customers in order to assist in keeping their vessels running.”