In the first quarter of 2018 KONGSBERG has revenues of NOK 3,554 million, and an EBITDA margin of 8.0 percent. The order intake is NOK 2,939 million, entailing an order reserve at end quarter of NOK 14,814 million.

“The activity remains at a stable level in Kongsberg Maritime, but margins impacted by project mix. At the same time, we have temporary lower activity in certain defence segments. A restructuring of maritime simulation in Kongsberg Digital also impacts the result negatively,” says Geir Håøy, President and CEO of KONGSBERG. 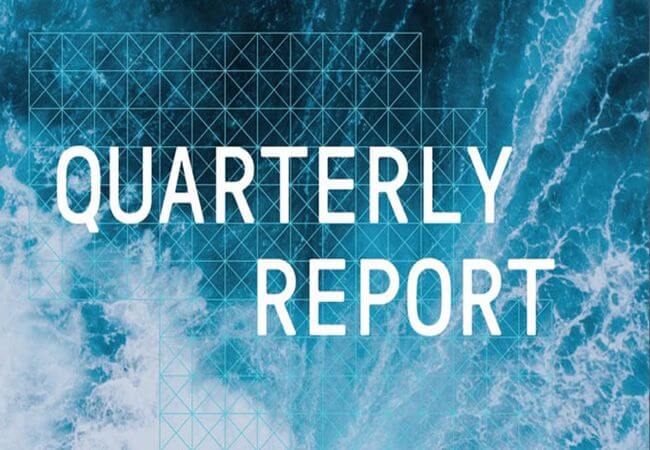 “The strong market position Kongsberg Defence & Aerospace has established within its segments gives a solid foundation for long-term growth. Kongsberg Maritime has a good order intake, and there have been positive signals in the quarter for traditional merchant marine segments bulk, container and LNG,” says Håøy.

In the first quarter, Kongsberg Maritime has revenues of NOK 1,796 million, 1.6 percent higher than the equivalent quarter of 2017. The EBITDA margin is 7.5 percent, whilst the business area’s order intake is at NOK 1,900 million, entailing a book/bill of 1.06.

“Compared to the equal quarter of 2017 the activity is higher for larger integrated solutions. These type of deliveries often include a larger portion of third-party deliveries that normally have lower margins. The margins will vary between quarters as a consequence of the project mix. Certain markets, especially offshore, are still challenging, which also is the background for the restructuring of the maritime simulation division of Kongsberg Digital, but the group’s overall maritime exposure is towards most maritime segments and there is a continued positive development within for example fishery, research and marine robotics. The diversified exposure provides robustness, and at the same time the implemented organizational changes have made Kongsberg Maritime better adapted to the current market situation and expected developments forward,” says Håøy.

Kongsberg Defence & Aerospace has revenues of NOK 1,585 million in the quarter and an EBITDA margin of 10.9 percent. The reduction in revenues is primarily related to lower activity levels in missiles and air defence, entailing a reduction in EBITDA. In the quarter the business area signed new orders totalling NOK 798 million.

“The group’s defence area has a weaker quarter compared to the equivalent quarter of 2017. However, this has to be seen over several quarters. The order intake will fluctuate between quarters due to the defence market being defined by relatively few, but large contracts. The quarter contains several important events that confirm our position, including two contracts for the F-35 programme, signing of the agreement of intent with Qatar, and in April we signed an agreement for the delivery of naval strike missiles to Malaysia,” says Håøy.