Aqaba Container Terminal (ACT) is a joint venture between APM Terminals and the Aqaba Development Corporation based on a 25-year built-operate-transfer agreement signed in 2006. Over the years, ACT has effectively become the logistical and economic backbone of the Aqaba Special Economic Zone and is today the preferred gateway to Jordan and beyond”. Looking back at the performance of all ports in the region for the past year, Lloyd’s List has nominated ACT as finalist for the Middle East and Indian Subcontinent “HPH Environment” Award. The Award ceremony will take place in Dubai on 7 December. 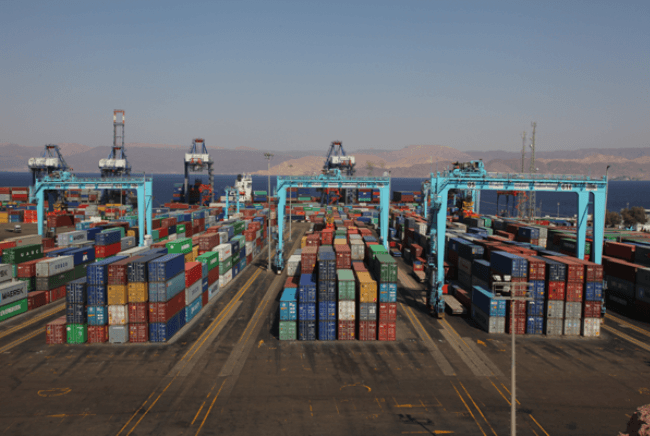 Putting words into action, ACT received the ISO 14001 environmental management certification in 2015 and remains the only Terminal in the Middle East operating with the Port Environmental Review System (PERS).

Introducing and implementing innovative plans to decrease its energy consumption, ACT is in the initial stage of a renewable energy plan, laying the foundation for a solar project to fuel its company operations, and has begun work on a system that will drastically reduce the emissions of its machines by switching to electricity during any idle time. Additionally, ACT started using energy efficient air conditioning, which resulted in a 20% reduction of energy used in the administration building.

Last year, the terminal also began employing a new recycling program, which resulted in reducing total generated waste by half. Through this new program, ACT was able to achieve 96% waste segregation, as well as earn over JOD 150,000 in profits by transforming waste into consumable products. Understanding the devastating effects of oil spills on the environment, ACT is trained and equipped to respond quickly on oil spills and was the first to intervene last year on a spill which occurred nearby. By containing the spill until the authorities could develop the appropriate measures to address the incident, ACT allowed to prevent the spread of the spill to ecologically sensitive areas.

As a fully integrated part of ACT’s environmental strategy, ACT employees and often their families, friends and relatives take an active role to make an immediate and tangible difference in Aqaba. During their “2015 Go Green” campaign, the “ACT Community” planted 200 trees, collected 1.5 tons of waste from the Aqaba shores, and removed 90 kilograms of waste from the Red Sea through a dive clean-up campaign.

By the end of 2015, ACT exceeded once again its stretched goals in key environmental areas such as energy management, gaz emissions, waste management, water quality and oil spills.