The agreement brings to five the number of LNGCs to be built to joint ABS/KR class for Korea Gas Corporation (KOGAS), the world’s largest LNG importer.

“ABS has a long association with South Korea’s shipowners and shipbuilders and has supported them as they push the development of ships and systems to new levels of innovation and efficiency,” says ABS Chairman, President and CEO Christopher J. Wiernicki. “The award of these five class contracts confirms our position as a trusted partner to South Korea’s leading maritime and shipbuilding companies.” 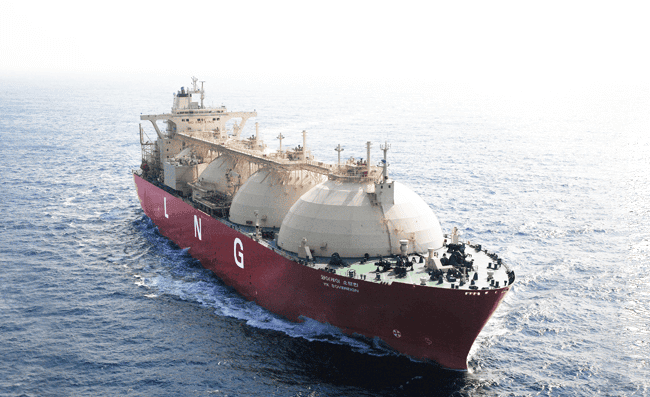 Two 174,000 cu m LNGCs will be built with the KOGAS-developed KC-1 CCS for SK Shipping at the Samsung Heavy Industries yard in South Korea. An additional three 174,000 cu m LNGCs, featuring the No 96-type CCS, two for Korea Line Corporation and one for Hyundai LNG Shipping, will be built at Daewoo Shipbuilding and Marine Engineering.

Upon delivery, the ships will be chartered to KOGAS and will carry shale gas from the United States to South Korea beginning in 2017.

KOGAS developed the KC-1 CCS in a seven-year joint development project with shipyards Hyundai, Samsung and Daewoo. The primary concept of the KC-1 system is to minimize the impact of primary barrier deformation on the insulation system from the hull. The system uses 1.5 mm corrugated stainless steel membrane as the primary and secondary barriers, and polyurethane foam with a density of 115 kg/m3 as the insulating material, an arrangement normally used in shore-based storage.

ABS issued an Extended Approval in Principal and General Design Approval for the system in 2014.

“ABS worked with KOGAS toward design approval of the KC-1 containment concept for almost a decade, and we are delighted to have received the award of class for the first ships that will feature the system,” says ABS Vice President of Global Korea Business Development Dr. Hoseong Lee. “As global gas demand grows and industry continues to seek new techniques for its safe transportation, ABS will continue to play a leading technology role.”

A pioneer in the safe transport and handling of gas and has extensive experience with the full scope of gas-related assets, ABS classed the largest LNG carriers in service, including the world’s first LNG carrier, the Methane Pioneer, in 1959. In 2013 ABS formed the Global Gas Solutions Team in response to the rapid escalation in the number of gas-related projects, including LNG and LPG transportation and the growing use of LNG and LPG fuel.