ABS today announced it was selected by SEACOR Marine to class the first offshore support vessel (OSV) in the Gulf of Mexico (GOM) to operate using hybrid power. SEACOR requested the BATTERY-Li notation for its Maya OSV currently operated by Mantenimiento Express Maritimo SAPI de CV (MEXMAR), SEACOR Marine’s joint venture in Mexico. The OSV is being upgraded to use lithium battery power, with modifications expected to be completed in May 2018.

“ABS recognizes the economic and environmental benefits of hybrid-powered vessels to reduce fuel consumption and emissions in the marine and offshore industries,” said ABS Director for Offshore Support Vessels, Dr Wei Huang. “This milestone reinforces our safety mission and promotes the development of alternative power applications and energy storage systems that optimize efficiencies.” 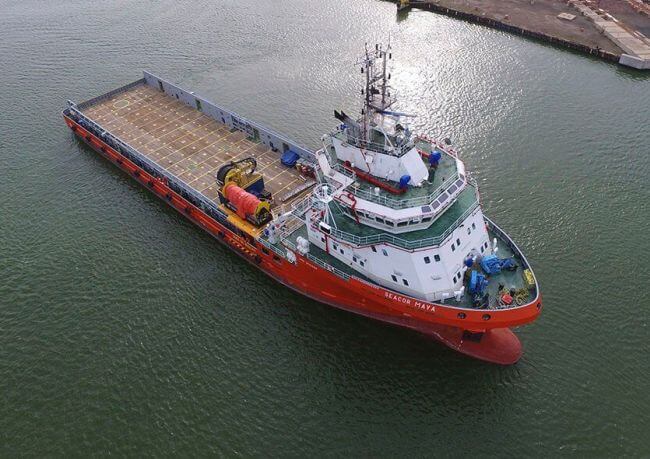 “The hybrid power solution on the SEACOR Maya has the potential to significantly reduce fuel consumption—by as much as 20 percent,” said SEACOR Manager of Engineering, Tim Clerc. “Integrating new technologies is complex. To help SEACOR realize the benefit of using cutting-edge hybrid power, we partnered with ABS, to class the lithium battery system, to help validate its reliability. The operational savings gained from a hybrid power solution will also reduce emissions and facilitate our compliance with strict environmental regulations.”

SEACOR has engaged ABS to provide the optional BATTERY-Li notation, with three additional OSVs operated by MEXMAR, planned to upgrade to a similar battery system. The conversion to hybrid power for SEACOR Azteca, SEACOR Warrior and SEACOR Viking is expected to be completed in July 2018.

ABS is an industry leader in developing guidance that advances the safer integration of hybrid power systems into marine and offshore assets. The ABS Guide for Use of Lithium Batteries in the Marine and Offshore Industries establishes safety guidelines for owners, operators, shipyards, designers, and manufacturers for the effective installation and operation of assets using lithium battery power systems. Additionally, ABS published the ABS Guide for Use of Supercapacitors in the Marine and Offshore Industries (Supercapacitor Guide) that defines requirements for design, construction and installation of supercapacitors. ABS also issued the ABS Advisory on Hybrid Electric Power Systems, which evaluates advantages and disadvantages, challenges, and level of readiness for the primary hybrid electrical power systems and components suited for marine and offshore applications.