ABP’s Port of Teignmouth has celebrated a historic 4000 tonne shipment record thanks to continuous investment in improvements in port infrastructure.

The tonnage-handling milestone, which marks the highest volume of cargo ever to be exported in a single shipment from the port during its long history, was achieved in collaboration with Teignmouth Harbour Commission and ABP’s valued customer Sibelco. 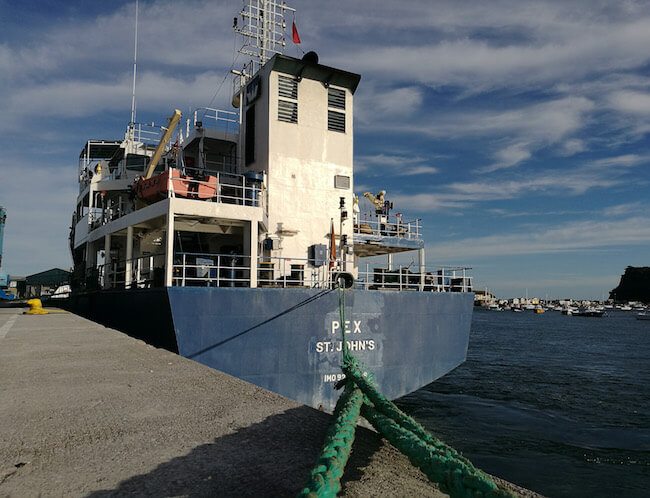 Aboard MV Pex, the ball clay will be transported from Devon, which is home to one of the world’s most significant ball clay deposits to the Castellon province in Spain. The rare mineral will be used in ceramics manufacturing and related industries.

Chris Lownds, Sibelco Flow Manager UK, said: “Teignmouth has historically been a key export port for Sibelco, due to its close proximity to our main ball clay sites at Kingsteignton, near to Teignmouth.

“The ongoing dredging campaign conducted by ABP and Teignmouth Harbour Commission have given us the opportunity to ship cargoes in vessels of 4000 tonnes, which has afforded us much greater flexibility within our supply chain, whilst enabling us to keep pace with the growing demands of our customers.”
Recent investments in port infrastructure include ABP’s newest Mantsinen crane, representing an £850,000 investment as well as an ongoing dredging campaign, which has seen an increase in the capacity of the port.

Alex Chinchen, ABP Divisional Port Manager, Southwest Coast, said: “Our port has a proud history of supporting local businesses in Devon such as Sibelco and the local agricultural community and we hope to continue collaborating with Sibelco to facilitate ever larger shipments of ball clay exports in future.

“Each year the Port of Teignmouth handles in the region of 400,000 tonnes of bulk cargo, contributing to the local economy and the prosperity of surrounding communities and the recent channel deepening works will help us to provide a competitive and local service to our customers.”