Members of Aberdeen Harbour Board visited HR Wallingford this week (29 June 2015) to see their potential flagship expansion project at Nigg Bay given life beyond the drawing board for the first time. The Board were witnessing the start of a series of 3D hydraulic physical model tests that are being undertaken by HR Wallingford to refine the harbour design.

Aberdeen Harbour Board are currently carrying out a feasibility study into expanding their existing harbour facilities into neighbouring Nigg Bay as part of a potential investment, at today’s prices, of £330 million. The expansion provides the potential to accommodate larger cruise ships, ferries and vessels for the oil and gas and renewables industries over an additional 1700m of quay length. The Aberdeen Harbour expansion project is recognised by the Scottish Government as a major infrastructure project of national significance. 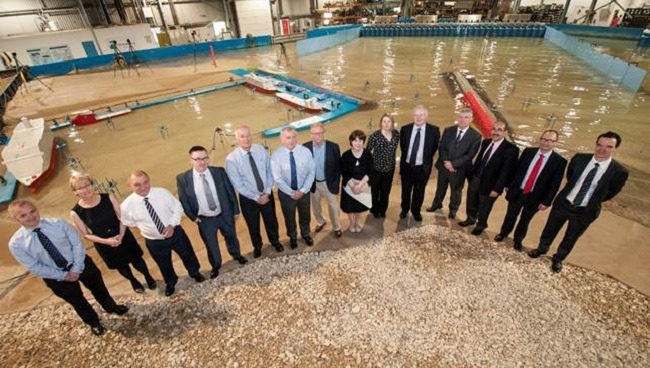 HR Wallingford has supported Aberdeen Harbour Board on this project from the early conceptual stages through to this latest phase of design development. Studies have included extensive modelling of waves and currents, layout and breakwater design, navigation simulation in the state-of-the-art UK Ship Simulation Centre and EIA support. The 2D and 3D hydraulic physical modelling of the harbour is being used to test the proposed design and layout, and to verify the performance of the harbour’s breakwaters under a range of wave conditions. 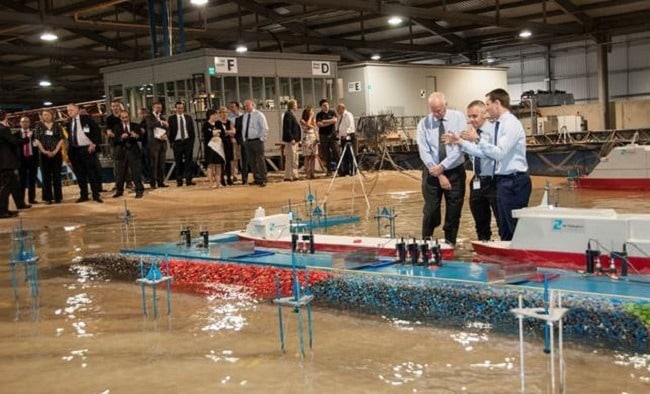 Ian Cruickshank, HR Wallingford’s project director, said: “We are delighted to welcome the Board of Aberdeen Harbour today. We have been working with Aberdeen Harbour for a number of years, developing the engineering scheme for the expansion through to this current design phase. It’s great to see the project progressing this way.”

Jamie Holmes, HR Wallingford’s project manager said: “Physical modelling is an integral part of the development process and it will allow us to assess and optimise the performance of the potential harbour and its protective breakwaters. Excitingly, it also represents one of the first opportunities to bring the project to life in a tangible way, and it’s really great to be able to welcome Aberdeen Harbour’s Board members to witness the testing.”

Colin Parker, CEO of Aberdeen Harbour, said: “It has been very informative for us to visit the 3D model and computer simulation as these tools have provided us with the greatest insight to date as to how the harbour will look once completed. The level of detail involved in the testing process is impressive, and the information gained will all contribute to an end design which will be both safe and operationally efficient.”

The 2D and 3D hydraulic physical modelling has been co-funded by the European Commission’s Trans-European Transport Network (TEN-T) Programme.