At the time of writing in a rapidly developing phase to the current matter which should herald the end of the abandonment of the remaining crew onboard, the UAE flagged MV Tamim Aldar, the remaining four seafarers (two Indian, two Eritrean) are currently under tow back to the UAE coast and port facilities. 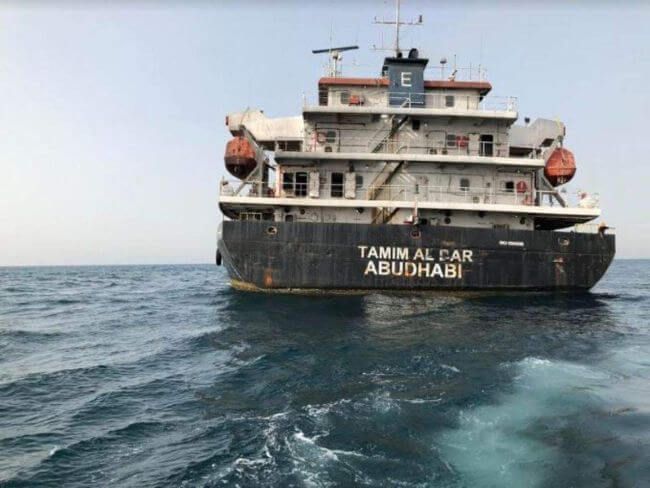 Last night, Second Engineer, Vikas Mishra, who has been abandoned for 33 months and not seen his family or his daughter since she was nine months old, gave the following recorded testimony to Human Rights at Sea which is published with permission.

This case and several related abandonment cases in the region have been well-documented for industry, UN agency and public awareness.

With the support of the UAE Federal transport Authority, lawyers from Fitche & Co, the Rev. Andy Bowerman of The Mission to Seafarers, numerous international media outlets, civil society organisations and supporters, the present case appears to drawing to a close.

Whether or not the remaining crew receive all wages owed under employment contracts from the owners, Eliteway Marines Services Ltd, is still yet to be determined.

Founder, David Hammond, commented: “This shocking testimony by a professional Indian seafarer is one which needs to be heard, reviewed and used as an example highlighting the terrible conditions suffered by ordinary seafarers who have been abandoned by their owners for whatever reason. It is not often that the public are able to hear such evidence first-hand.”